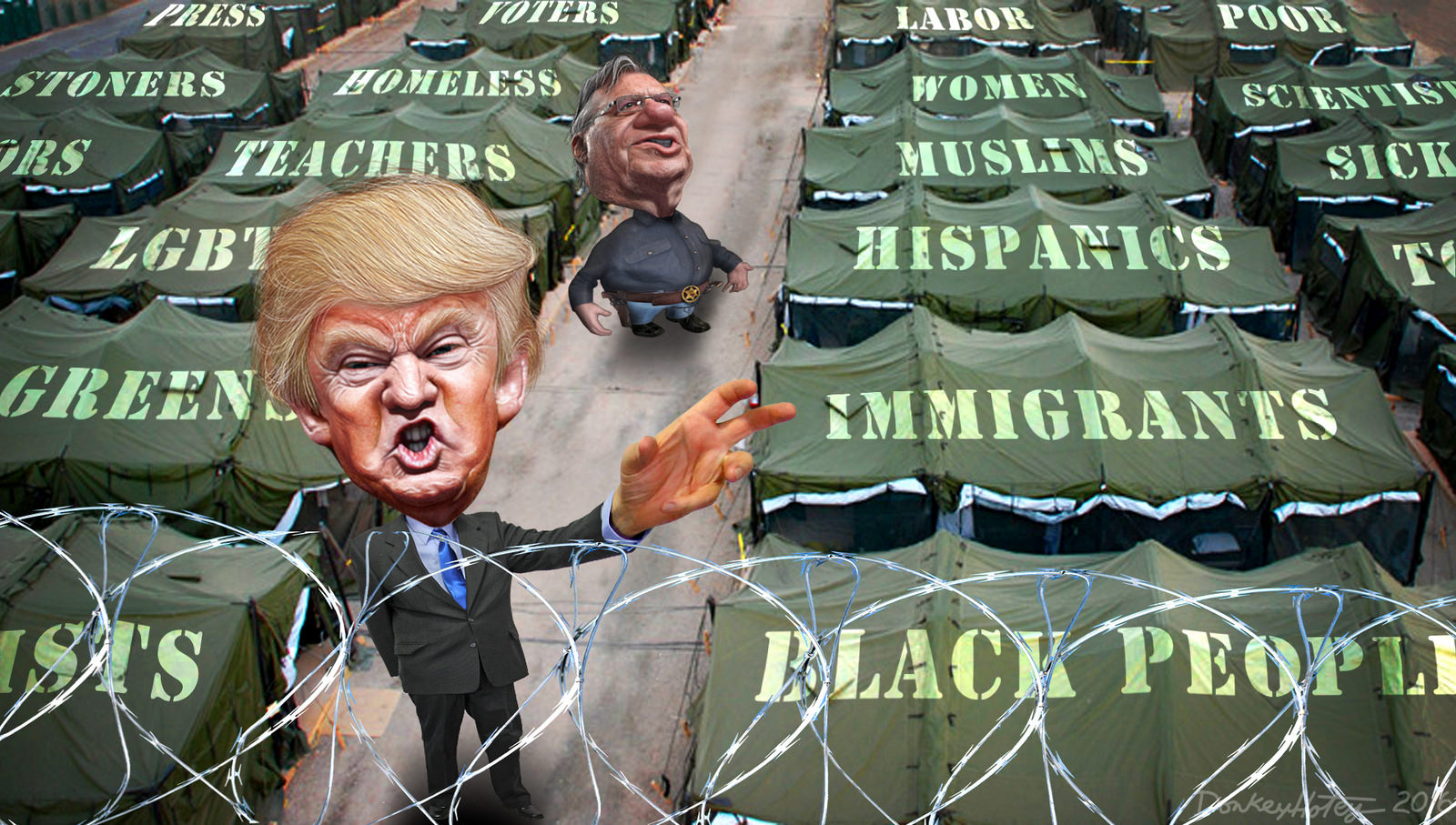 I’d ask you to begin by reading Hector Acosta’s account of applying for citizenship after the 2016 Election. Full disclosure, Hector is a personal friend and co-organizer of the writer’s group I run. The short version is that Hector, a Mexican immigrant, lived in the US for 20 years as a resident alien. After Trump’s election, suddenly worried that he might not be welcome, he applied for citizenship and spent 15 months sweating when he saw police, lying awake at night, and wondering whether his next appointment would end in deportation.

Hector’s story ends happily, in that he did finally attain citizenship. But the consequences of that experience will stay with him for a long time, maybe forever. One day he was an American, who never doubted his place in his adopted home country. The next he was an immigrant, different and unwelcome, and even as a citizen that feeling will always linger.

And that is the truth of Trump: As focused as many of us are on opposing him, on stopping his racist, fascist-light policies, and even possibly removing him from office, America will never fully recover from Trump. We will always wear the scars of his election.

As of this writing, thousands of immigrant children remain separated from their families, kidnapped and held for ransom so Trump could demand his wall. Yes, a court has ordered the reunification of those families, which may feel like victory to some–but those children, some as young as infants, will suffer very literal psychological damage that will affect their entire lives.

Experts in child development say the experience of being torn from their families and held in cages may cause permanent psychological and even physical change to the brain development of these children. Something as simple as being denied human contact during vital developmental stages can lead to depression, isolation, and diminished health later in life. Even if we return every child to their family, even if we pay settlements for our crimes, those children are permanently and irrevocably harmed.

So, of course, is our nation. The US will always be the nation that put children in cages on the border. Nothing can undo that. Add it to the long list of shameful, hypocritical betrayals of the values we claim to hold dear.

These scars will never heal

The election of Donald Trump revealed the ugly side of America: Just how many Americans are racist, nationalist zealots who would fall in line behind a dictator if he promised to protect white supremacy. It’s very true that many Americans already knew this, and many of us (especially white Americans) are better for seeing it laid out in all its ugliness.

For other people, however, ignorance was bliss. Young Black and brown children are entitled to their innocence. Adult immigrants deserve to feel like full Americans, even if they know deep down there are people here who hate them. No one deserves the daily stress and trauma of being told you aren’t equal, being made to feel like an outsider.

There’s little doubt that the racists among us have been emboldened by Trump’s rise. We see new evidence almost daily: A white Manhattanite shouting because he heard Spanish in the salad line, a white man assaulting a woman who proudly wore the flag of her US territory, a seemingly endless parade of white people calling the police because Black people are having fun. We’ve seen the marchers chanting racist and antisemitic slogans in Charlottesville and elsewhere, and the constant presence of symbols of hate in our daily lives.

That genie will never return to its bottle. Long after Trump is gone from office, these racists will still feel empowered. And even if their rhetoric is muted, American immigrants, people of color, Jews, LGBTQ people, and other marginalized groups, will always retain the memory and the trauma of this era. They will always feel unwelcome, they will always feel other. Those scars may fade, but they cannot be erased.

So what can we do?

This is all pretty bleak, I know. It’s a bleak time, and I don’t believe in papering over the truth with “positivity.” And part of Trumpism is to overwhelm decent Americans with an onslaught of attacks, putting us into a sort of emergency room triage. Our most immediate priorities, of course, are to protect vulnerable people from immediate harm by opposing and undoing the worst policies: Get children out of cages. Reunite families. Stop deportations. Protect the rights of women.

To the subtler, less tangible consequences, I don’t know if there is a solution. I suspect the best we can do is act locally–do what we can to help people in our own communities feel like they belong.

In 2015, in my own neighborhood in Queens, a convenience store teller from Bangladesh was assaulted by a stranger who told him “I kill Muslims.” After the story made the news, community members held rallies, and posted signs, and made a point to shop in his store, many telling him outright that yes, he was welcome. Not every action needs to be this dramatic, and I certainly hope people aren’t attacked first, but there are small things you can do to help people feel that the racists are the outliers, and their neighbors appreciate them.

You can learn a little Spanish–something as simple as hearing “gracias” from white Americans sends a signal to Spanish-speakers that their language is not seen as other. You can make a point to greet Muslim Americans, who are often met with suspicion by white people–although I’d be cautious you aren’t intruding in someone’s day just to make yourself feel good. Oh, and for god’s sake, you can stop calling the police when you see Black people (or anyone else with brown skin) just having a good time and not harming anyone.

I don’t think you should be stopping strangers to tell them they belong here, but a smile and wave go a long way. As to your friends and neighbors, who might be justifiably suspicious of their white friends’ true feelings, it doesn’t hurt to tell them what I told Hector: A person isn’t American because of a document, or religion, or language, or any other quality–a person is American because they live in America. And I don’t care if you’ve been here five generations or five minutes. We’re all equally American.

That’s what Trump is taking away from us, and that’s what we need to defend.

The AMAZING cartoon that serves as a banner image is by DonkeyHotey on Flickr, and used under creative commons license.