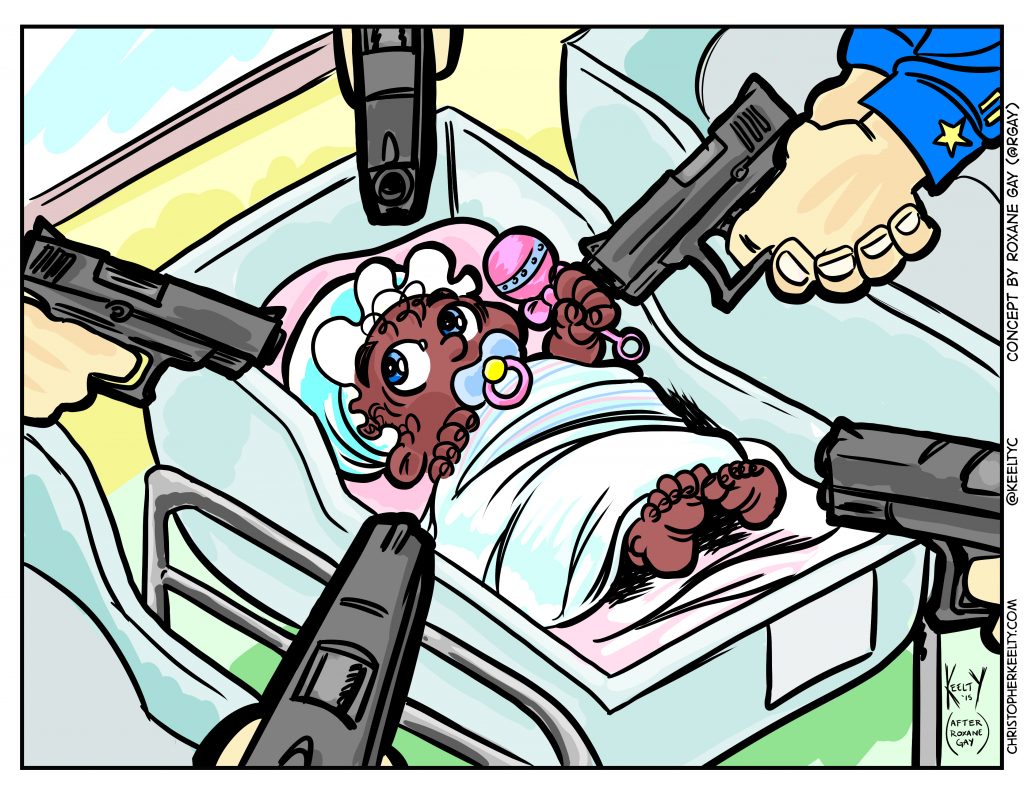 After it was announced that yet another killer cop was going to walk without so much as a trial, Roxane Gay put out a suggestion for an editorial cartoon. I’m not sure I can fairly describe this as “collaboration,” but whatever it is, I was excited to be part of it.

It’s a weird/shitty thing about drawing editorial cartoons that you sometimes do your best work in response to the worst things happening in the world, but that’s the nature of the art form. It’s not often you get a chance to impress someone you really admire, and as awful as this verdict (and this day) are, it felt really good to hear she liked it.

There’s a second version with a word balloon, and at first I didn’t know which I liked better. The more I look at it, the more I prefer this version.

Previous Story
This gun graph will blow your mind!
Next Story
The Big Short is my favorite movie of this year’s awards season.