COMIC: A Long Time Ago in a Comment Section Far, Far Away 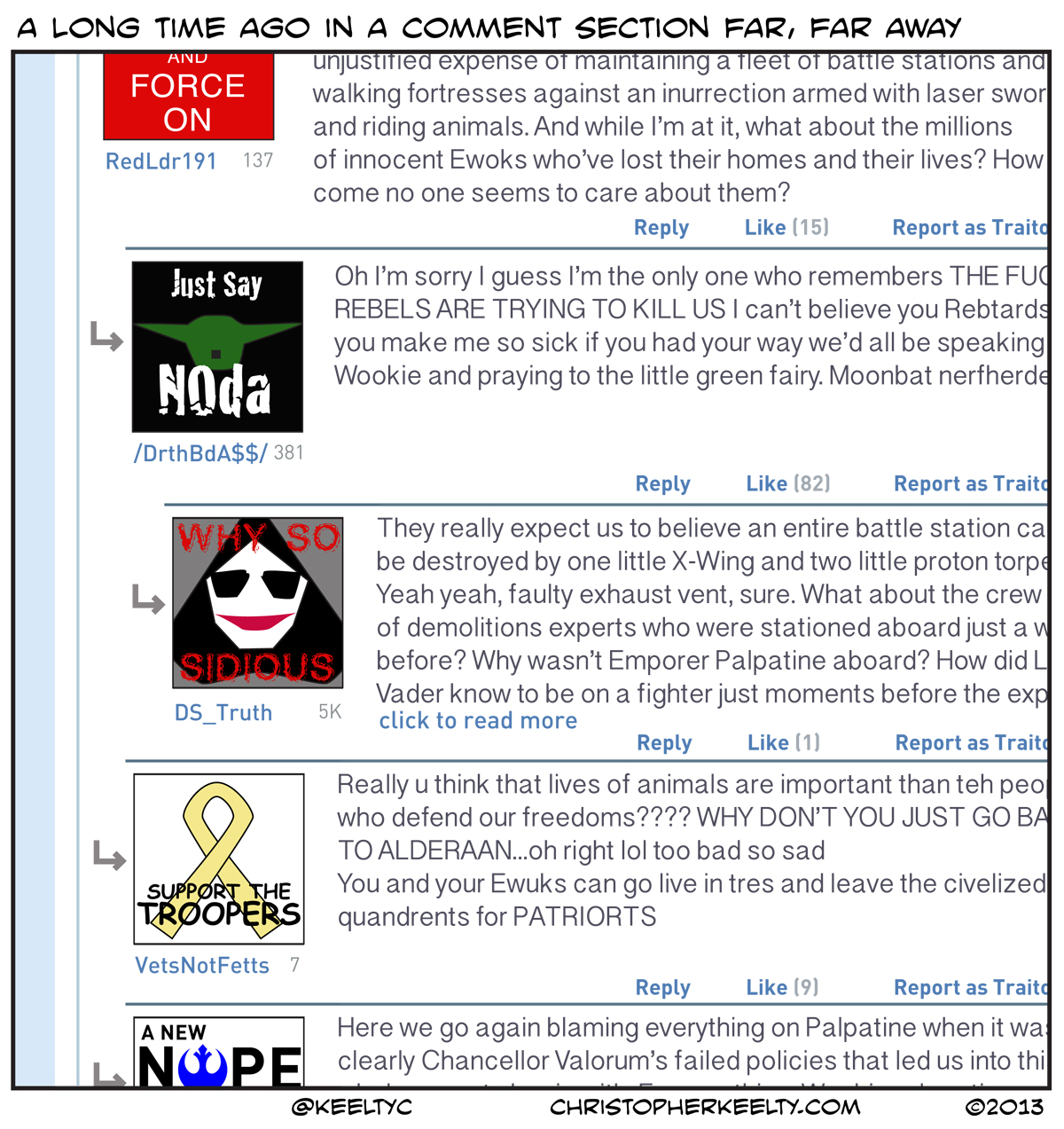 Inspired by recent experiences. “Recent” in this case meaning “over the last 17 years.”

I was extremely proud of “Why So Sidious,” which I initially had as “Why So Serious” until I realized I was missing a prime gag. Googled it and realized about 100 people have used it before, including one particularly terrific piece of artwork by artist Joey Marsella*. I left it in only because it seemed the kind of thing “DS_Truth” would be all about. But for the record, I realize I’m not the first to make that particular connection.

*I can find no Tumblr, Twitter, or blog for Joey Marsella. Joey, if you’re out there, give me something to link to!