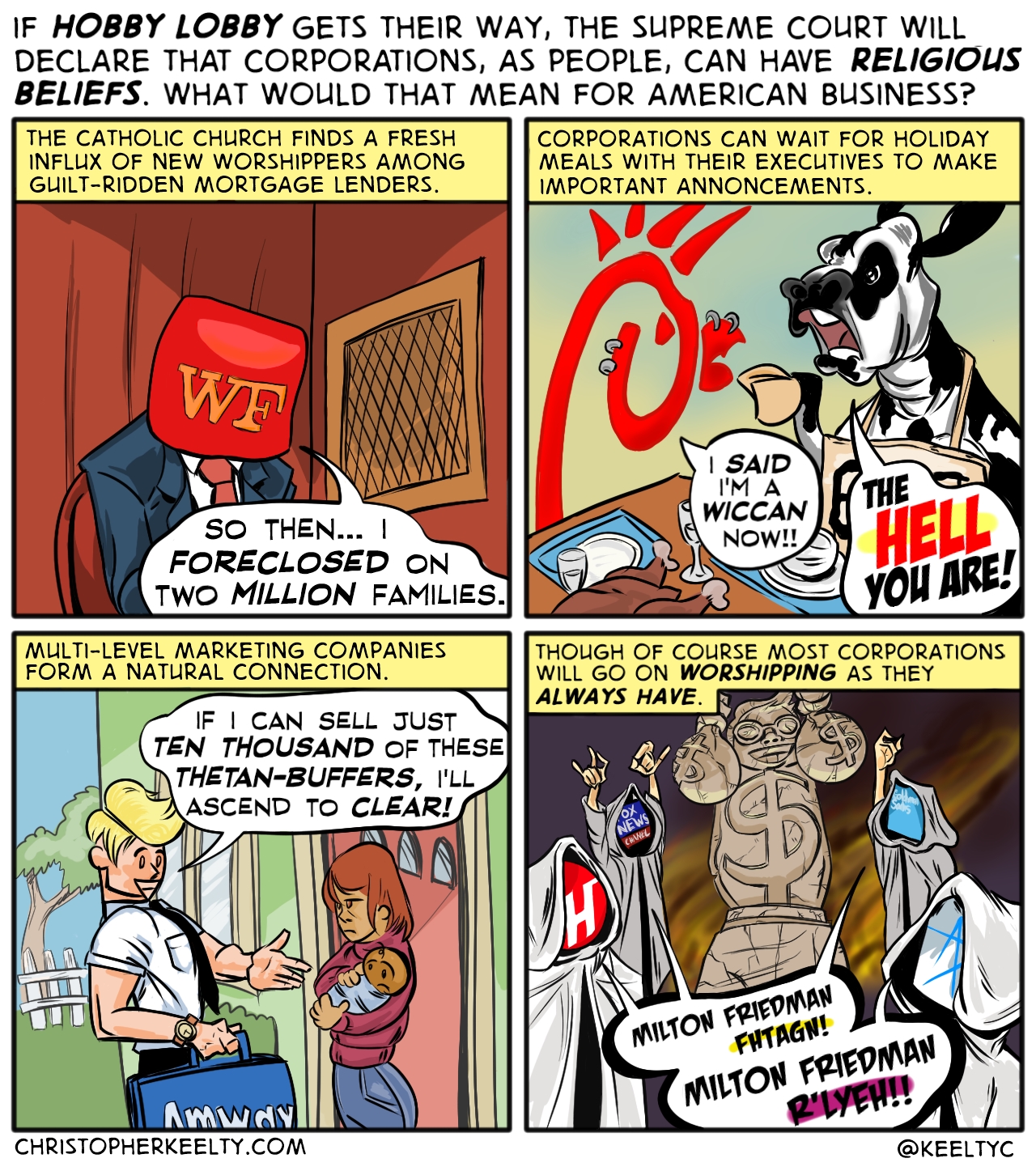 Hobby Lobby’s argument that a corporation can itself have a religion (as opposed to the individual religions of its owners, board members, and executives) is so patently absurd it’s surprising the Supreme Court even granted cert. What’s frightening is the possibility they might agree.

It’s hard to imagine the Court authoring a ruling that could have such catastrophic and far-reaching consequences, but as long as four of the Justices remain partisan ideologues, it seems entirely possible. So laugh for now–in a year it might not be funny any more.

Next Story
A Republican Bill of Business Rights