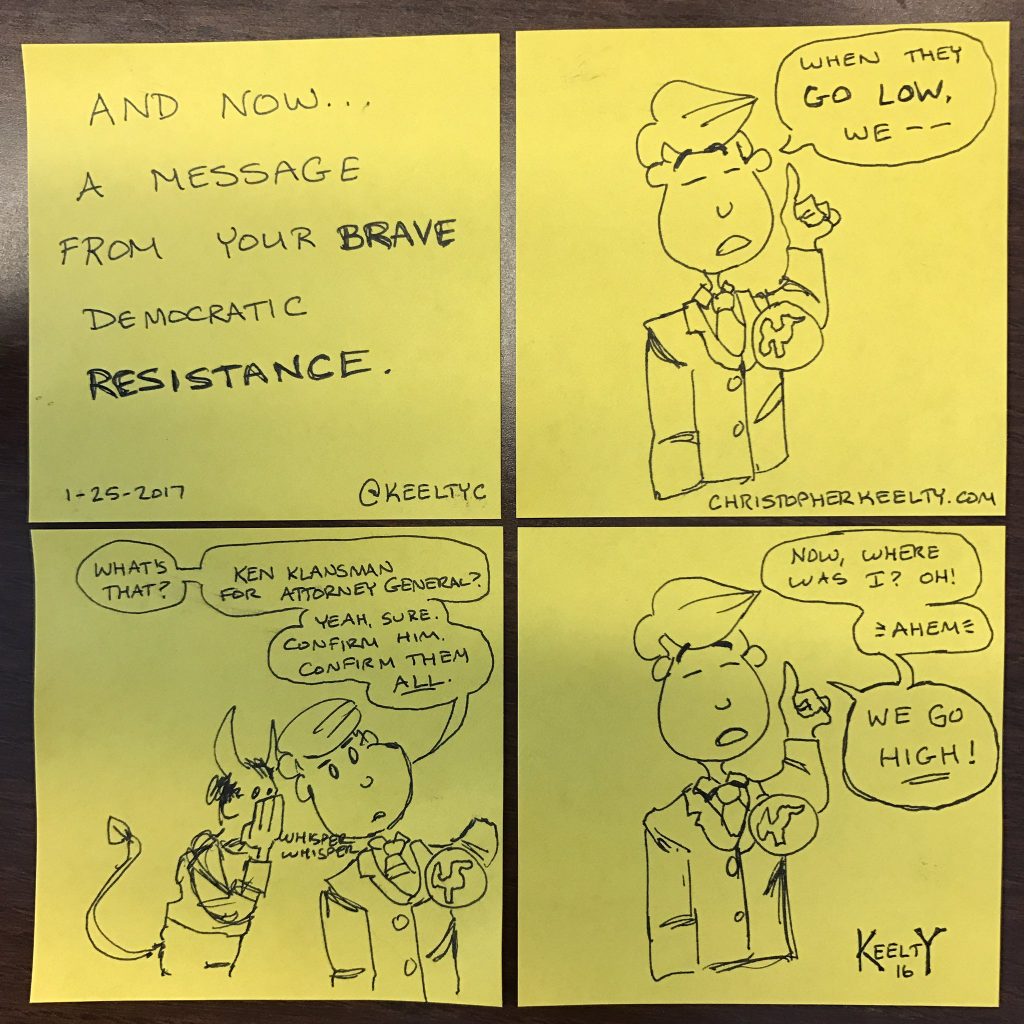 I won’t have time in the next couple of days to do a proper cartoon, so I had to do this one in a hurry on Post-It notes. The Democrats are doing a great job “resisting” Trump’s agenda by confirming all his cabinet appointees.

Oh and I guess it’s not 2016 any more. Oops. I guess in between panel one and panel four I lost track of the year.