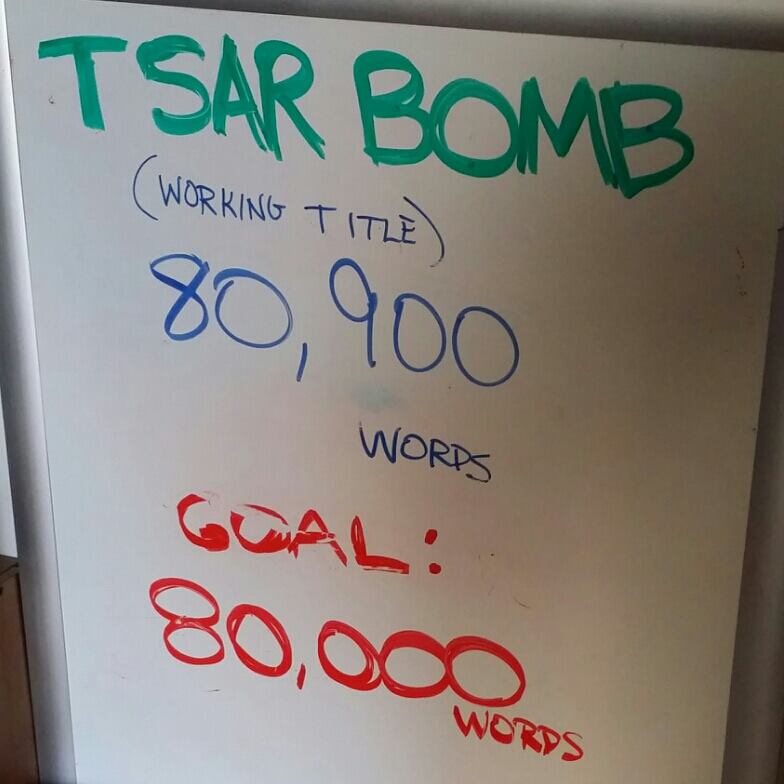 That right there is a finished first draft. I hit my five-month target, starting in November and wrapping up on the last day of March.

If you’re wondering what the process is now, the next step is six weeks in a drawer. That gives the manuscript time to season, and me enough distance so when I next pick it up I’ll have [somewhat] objective eyes.

This version is nowhere near ready for beta-readers. It’s the cleanest first draft I’ve ever written, but there are still some very rough sections I know have to be completely rewritten, and I’m not sure the plot or story make sense in this version. Hopefully the second or third draft might be ready for some reader feedback. I’m aiming for June or July for that.

So the question of the moment is: What to do for the next six weeks?

I mean, besides drinking.