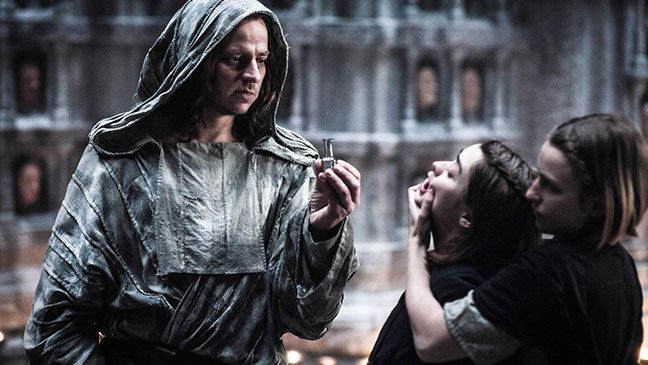 Read on and you may encounter spoilers from the show, the books, Winds of Winter sample chapters, and fan theories. You have been warned.

Okay, for starters: We can all agree that Season Five was a big steaming mess, right? I mean, it had its high points, but mostly it reaffirmed that the more the writing departs from the source material, the more it falls into repetition and cliche and rape. Lots and lots of rape.

We’re all in agreement? Good. With that out of the way, the Season Finale was at least a solid effort, getting the show back on track and hitting the right notes with the last two major plot points book readers have been waiting for. It also left us with a number of cliffhangers (semi-literally) so that the readers and non-readers can, for the first time, fall into speculation together. The books and the show are pretty much caught up at this point, other than a few points here or there, and we’re all in the same boat, wondering what will come in Season Six–and whether The Winds of Winter might manage to reach bookstores first.

Just a thought: Maybe the words of House Martin should be “The Winds of Winter is coming.” I’m sure no one has ever made that joke before.

As usual, I’m departing from a formal structure and just tossing out thoughts in bullet-form. I’d love if you contribute your own random thoughts in the comment section.

I’ll be back soon to talk more about Season Five as a whole, and what we might expect from Season Six. Until then, feel free to post your own thoughts or theories in the comments section below!