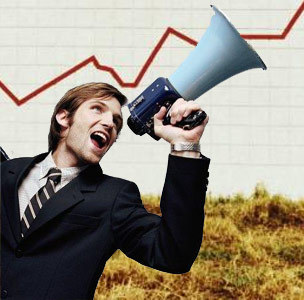 I’ve been beating around the bush for a while, but it’s official. I don’t like self-publishing. I think it’s bad for writers, and it’s bad for readers. I am opposed.

Not in every circumstance. There are cases when self-publishing is a good thing, and the right choice: When an author just wants to get his or her book out there, dammit, and has no aspiration to build writing into a career. When a book is suited only to a niche market, and the author already has a platform from which to promote it. When an author is an early adopter and excited by the new opportunity and wants to play in the sandbox. Otherwise, I am decidedly anti.

And why? There are a lot of small reasons, but there’s one big reason: because I’ve met and talked to WAY to many authors who have virtually abandoned the study of their craft. Instead of writers, they have all become marketers. They don’t want to talk about technique. They’d rather talk about blogging and Amazon ratings and Kindle shorts and Twitter.

Self-publishing means self-marketing, and the “democratization of publishing” has turned writers into carnival barkers. Instead of putting in the time and effort and thought and revision to turn a mediocre book into a great book that will win an agent and a publisher, they self-publish the mediocre book. Then they pour time and effort and thought into a blog and a Twitter feed and a Tumblr and a YouTube channel and a cross-promotional campaign with fellow self-published authors. Some of them join writers groups, where they never talk about the craft of writing but steer every conversation into marketing. Maybe they’re there to recruit the members into their cross-promotional campaign. The bottom line is they aren’t thinking about writing.

I’m sure I will not be popular for what I’m saying, and if I should happen to get enough traffic I’ll be assailed as one of the “hopeless, hysterical hypochondriacs of history,” so I don’t want to be accused of saying something I’m not. This is not me saying that there aren’t some great self-published books out there, or that a self-published book is automatically inferior by virtue of the fact that it was self-published. But every really great self-published book could have attracted an agent or a publisher if the author had done the work and been patient.

So what process do I advocate for getting published?

Read a lot, all the time. Learn your genre. Write the best book you possibly can. Take your time. Revise a lot. Get critiques and really listen to them. Apply what you’ve learned to your revisions. Read submission guidelines carefully and follow them. Learn how to write a great query letter. Get critiques on that, too. Be persistent. If this fails, then put that great book in a drawer and write another one. When something eventually sells – and if you’re persistent enough and work hard at your craft, something eventually will – dust off the books from the drawer, and they’ll suddenly be a whole lot more marketable.

Yes, this process takes a whole lot longer, and it requires a much thicker skin and a lot more persistence – but the great thing about it is you get to be a writer. The bulk of your time and energy and thought is dedicated to learning the techniques that are required to become a better writer, rather than a better marketer.