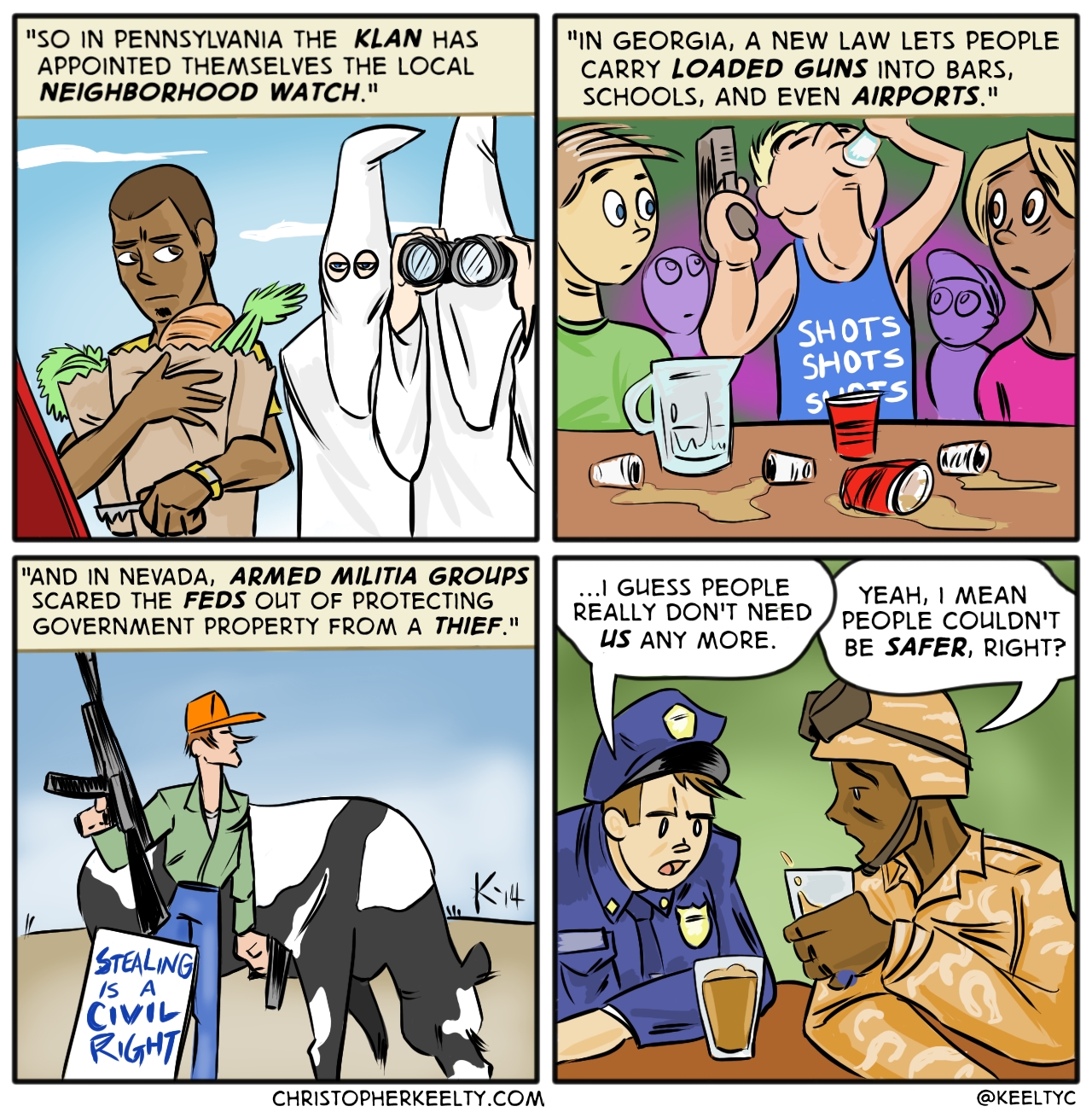 Yes, in fact, the Ku Klux Klan, a domestic terrorist organization, has announced they will now be the neighborhood watch in Fairview Township, in central Pennsylvania. One has to assume they saw what George Zimmerman experienced and got jealous.

The Klan has also stepped up recruitment efforts nationwide, just another reminder that we now live in post-racial America and, as 5 out of 9 Supreme Court Justices have informed us, racism is over.

Chris is an author, artist, and nonprofit fundraiser. His work has appeared in The Nib, GOOD, the Huffington Post, Salon, and MTV news. Chris lives in New York City.
Previous Story
A Note on Partisanship
Next Story
First Amendment Friday: 04.25.14