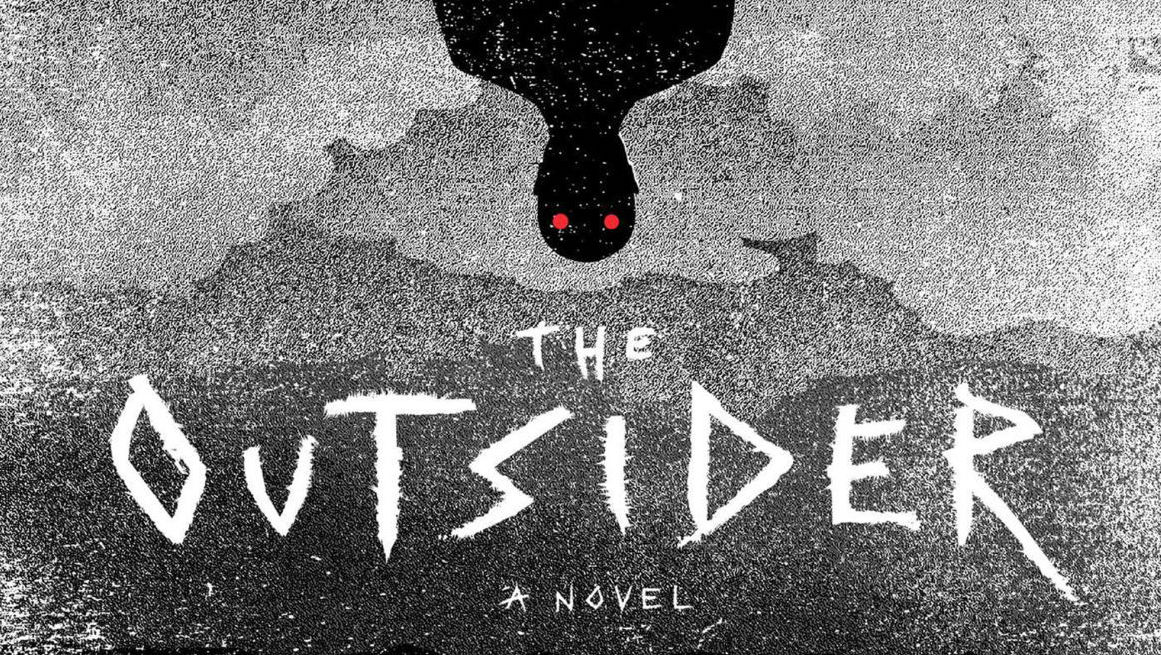 Stephen King is really proud of It. He’s so proud, he’s written that book three times: In 1986 under the original title, again in 2001 as Dreamcatcher, and now a third time in 2018 as The Outsider. That might sound like a criticism, and with Dreamcatcher it might be, but King’s latest book reads almost like a reinterpretation of It through the eyes of a more mature narrator, who recognizes–and suffers from–more adult fears and emotions.

With The Outsider, King turns from his recent literary bent to his pulp-horror roots. It’s a move that will satisfy many long-time fans, but King–still one of America’s finest writers, despite the genre stigma–brings some new tricks, maturing as an author and a citizen of American society. 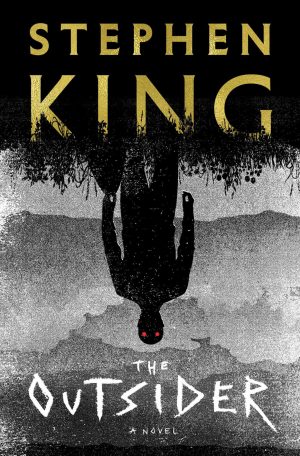 For roughly its first third, The Outsider reads like a procedural murder mystery, with almost no hint of any supernatural elements–an effect that is undone, unfortunately, by the book’s evocative cover. The story concerns Terry Maitland, a mild-mannered youth sports coach in a fictional Oklahoma town, who is arrested for the rape and murder of a young boy. The police have damning evidence of his guilt, including a number of eyewitnesses, which deepens the mystery when it turns out Terry also has an airtight alibi and absolutely could not have committed the crime.

With the police and the town convinced of Terry’s guilt, we follow an investigation that eventually leads to the supernatural being, the titular Outsider, depicted on the cover.

I’ll save the spoilers for now, but tell you that Stephen King fans will not be disappointed. In addition to delivering the fast, entertaining read we’ve all come to expect, The Outsider includes almost all of King’s hallmarks: The mysterious evil that gradually comes into focus; the ragtag group of friends (the Ka-tet) who must first convince themselves the supernatural evil is real, then set off to fight it; the long, vivid descriptions of terrible, unpleasant deaths; the patsy villain recruited into service by the evil monster, with a grudge against the heroes and a body progressively decaying; the eventual Campbellian descent into a literal cave; and the too-long, irrelevant conversations full of pleasantries that you somehow still enjoy because these characters are just so damn folksy.

What’s different is the way King moves the camera away from the monster almost entirely, instead exploring the rippling consequences of brutality and murder. Much of the story follows the relatives and friends of the dead, which serves both the plot and the book for the better. King also makes no effort to hide his political allegiance: Trump’s name appears in graffiti at the scenes of murders, and at least once a protagonist thinks disdainfully that another person “probably voted for Donald Trump.” The story integrates Mexican-American characters, Tex-Mex settings, and Mexican mythology, which might not be a political choice, but in the current era and coming from King–whose work usually centers on white New Englanders–it seems a clear embrace of the people Trump rejects as Americans.

King’s fans will find The Outsider treading familiar ground, but in a new and interesting way. The creature spends most of the time off-screen, and is ultimately somewhat disappointing when we encounter it, but that is also typical for King, whose terrifying amorphous evil influence often turns out in the end to be a really big spider. There are similarities to Pennywise (intentionally, I think–more on that in a moment) and to Randall Flagg, but moreso even than other of King’s work, the monster really isn’t the point. The point is how the monster stirs our characters to examine their reality, and how even in our age of advanced technology, we’ll never understand the world as well as we believe. As becomes a sort of mantra by the end, “There is no end to the Universe.”

As a reader, I have an odd relationship with Stephen King; he’s one of the first authors I really fell in love with, and yet I go long periods without reading his work. As soon as I do pick up a King book, I’m a superfan. I want to read another, and another, and I find myself on the Stephen King Wiki, reading fan theories and connections to the Dark Tower.

For those who are unfamiliar, King’s books have always shared certain commonalities–towns and characters who would appear, sort of coincidentally, in multiple books–but since the early 2000s, and the publication of the last few Dark Tower novels, those connections and confluences are much more frequent and intentional. In the Dark Tower series, King made clear that all of his stories take place across “The Multiverse,” parallel universes stacked like wheels with the Dark Tower as their axle.

Fans who study the Multiverse will immediately question whether the titular Outsider, AKA El Cuco, is related to the It/Pennywise creature, or to Dandelo from the Dark Tower. First off, I think the idea of a psychic vampire, however literal, is just something Stephen King finds upsetting and likes to write about. Many of his villains, even those that don’t literally feed on human emotion, retain a sort of ability to perceive the thoughts or feelings of their victims. If King had never formally declared his Multiverse, I think we’d call this a theme. But he did declare the Multiverse, so let’s talk about that.

I do believe the Outsider, AKA El Cuco, is a variant of the same “Todash monster” species, as fans have termed it, to which It/Pennywise and Dandelo belong. All share the practice of psychic vampirism, “eating” the emotions of their human victims, and all shared some ability to shape-shift and to read minds. I believe the term “outsider” refers to a being from Todash Space, or “outside,” although the characters don’t know that–just as it did in the off-hand mention of “an outsider” in Bag of Bones. I also think (though I’m not certain) the term is used to describe beings from Todash Space in the Dark Tower series.

I think King tips his hand when The Outsider uses the term “Ka” as a synonym for soul or life force, when he’s explaining himself to Holly and Ralph. This marks the creature as knowing something, at least, of the Dark Tower. As to its question about whether Holly had seen others like it, I’m not sure if that was a wink to the reader about It/Pennywise and Dandelo, or an in-canon line meant to illustrate that it suspected itself alone.

All that said, I also want to go on record that I’m not convinced King’s comment that It/Pennywise and Dandelo are “the same species,” was meant as seriously as fans have taken it. The whole thing might have been a hand wave, an off-the-cuff comment that has been treated as a Rosetta Stone to King’s Multiverse. So ultimately, who the hell knows?

Either way, to me the direct reference to “Ka” means this book is definitely connected with the Dark Tower, and King very intentionally wants us to see that. For whatever it’s worth.