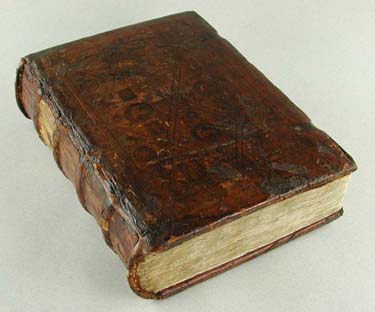 In a time and place not very far in the past, perhaps ten or fifteen years ago:

A boy, not yet a man, has completed his first novel.  It’s a sword-and-sorcery fantasy epic that took him six years to write.  In that time he has found the how-to books about publishing in the library and in the tiny writers’ section of the book store.  One of them is written by his favorite author of science fiction and fantasy.  It recommends that a first-time writer try to hook a publisher, then see about getting an agent before signing any contracts.

The boy pours over the details in these magical books and learns how to properly format a query package: one inch margins all around, last name/title/page number on the top right, no staples or paper clips – no one mentions 12 point Courier font because the authors of these books assume that writing happens on a typewriter.  He learns of the holy grail of publishing, mentioned in every how-to book: the Writer’s Market.

The library’s three most recent volumes are never in, so he goes to the book store and he spends $65 on his very own copy, which for this young man is a substantial investment.  He spends more money on stamps and printer paper and just the right kind of envelopes.  For hours he pours over the tiny print in the Writer’s Market to learn each publisher’s personalized requirements, and spends hours more assembling sample chapter, synopses, and self-addressed-stamped-envelopes according to each publisher’s particular tastes.  When this ritual is ended, he carries the weighty stack of sealed envelopes to the post office and mails them off to the submissions editors, those faceless judges who preside over some secret court reachable only via the postal service.  In three months he begins to receive rejection slips, but the last will not arrive until fully a year after the query was mailed.  He gets three requests for partials and two requests for a full manuscript.  Though all end in rejection, the editor who requested the full responds with a couple hundred words of constructive criticism and asks him to revise and resubmit.  By the time he does so the kind editor has left her job.  The publisher is in financial straits and no longer interested.

Fast forward now to the present day.  The boy is now a young man.  His how-to books are outdated, the one written by his no-longer-favorite author preserved on a shelf only because of the personalized autograph.  The young man has finished his fifth revision of that same novel, and it’s time to consider publication.  His plan now is to find an agent, because the two remaining publishers who still accept unagented submissions have already declined.  The Writer’s Market is no longer the definitive compendium it once was – in fact, it’s quaint and pretty much defunct at this point.  The young man goes where the action is: the internet.

He knows all the best web sites.  QueryTracker, AgentQuery, Publisher’s Marketplace, and Absolute Write.  He keeps updated on changes in the industry by following PM on Twitter, and his Google Reader is subscribed to the RSS feeds of almost two dozen literary agents.  He follows Janet, Nathan, Rachelle, Colleen, Kristin, and the folks at Dystel and Goderich.  He has a QueryTracker account in which he’s bookmarked the web sites of every literary agent who accepts epic fantasy, and he carefully reviews their submission guidelines before he begins to send dozens of queries by e-mail.  He carefully pastes his sample chapters and synopses in the body of the email and never sends an attachment.  He addresses each agent by name, and adds a quick sentence to personalize each query – how he found them, what the recent discussion has been on their blog, what they said last week on Twitter.

It’s a lot of work, but it’s a lot faster and cheaper than digging through the Writer’s Market and ritualistically assembling paper query packages.  The information is also much easier to find – there’s no need to read a book about how to publish when a quick Google search will turn up guides from About.com, Wikihow, and Yahoo! Answers.  There are hundreds of pages on submission formatting, many of them contradictory, and dozens of bloggers happy to tell you how to write a successful query – and how never to do so.  Maybe this is why literary agents are always so overwhelmed by their inboxes, and why so many queriers don’t know the first thing about writing a query – for example, actually writing the book first.

The young man starts receiving rejection emails within the first hour.  Three weeks later, the flow of rejections seems to slow.  After three months he’s heard back from two thirds of the agents he queried.  The remaining third won’t ever reply.  Sorry, slush pile’s too big! Can’t take the time to send rejections any more.

The rejections he does receive are polite and encouraging, though the language is boilerplate.  Not right for us, sorry, but keep trying!  The market is more difficult now than it’s ever been!  We can’t invest our time into an author unless we are completely in love with the work!  What’s wrong for us can certainly be perfect for someone else! Keep trying, don’t give up!

The young man takes that advice, but pretty soon he’s run out of agents.  QueryTracker, Publisher’s Marketplace, and AgentQuery have run out of suggestions.  The young man puts that manuscript into a drawer (metaphorically speaking – literally, he allows the “last modified” date on the Scrivener project to grow old) and starts working on another novel.  After all, most of the agent blogs say that it takes the average writer two or three novels before writing something marketable.

While he writes, he keeps reading those agent blogs.  More and more agents are closing to queries, taking breaks so they can fight off that overwhelming slush pile.  There are discussions about self publishing and e-books, what they mean for the industry and how much longer a person will be able to make a living as a literary agent – or as a novelist.  The idea of moving from a commission system to billable hours is tossed around and seems to meet favor, many agents proposing it would cut down on the slush pile if reading fees weren’t strictly verboten.  Agents suggest the days of querying and slush piles may be numbered, and suggest that aspiring writers focus on meeting agents at writer’s conferences, establishing an online brand, and building their platform.

After all, if LOLCats and Stuff White People Like have taught us nothing, it’s that the fastest route to the book bin is no longer writing a great book – it just might be writing a great blog.  Hell, even a really great Twitter feed can now get you a TV show starring Captain Kirk.

The young man clings to his dream, even as it simultaneously shrinks and drifts away.  He keeps on writing, honing his craft, and reassuring himself that even in this challenging environment there is still a career to be made in telling great stories.  Still, he can’t help feeling a little nostalgic for the old days of the Writer’s Market and the hours spent assembling query packages.