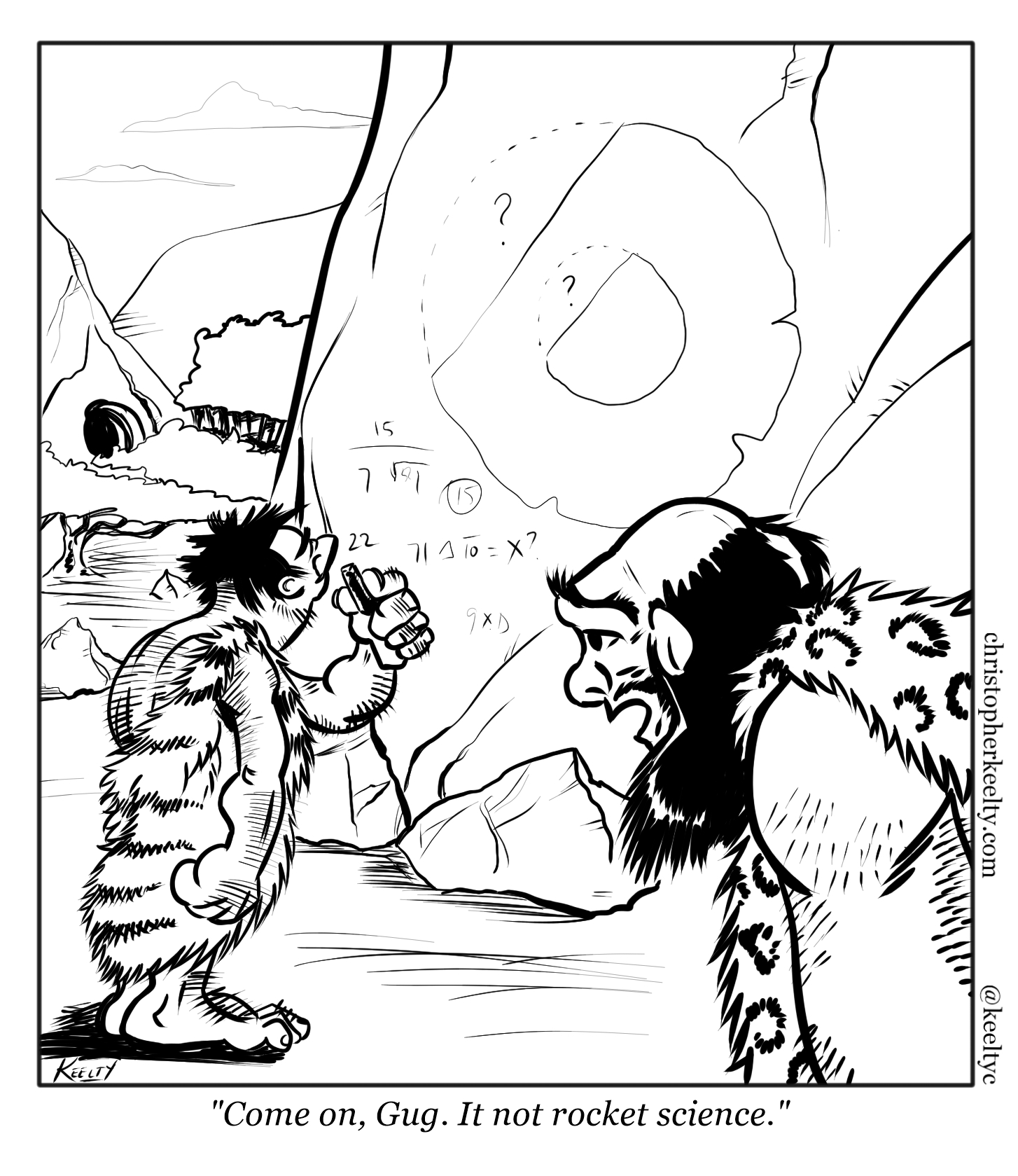 My boss and I got into a conversation about the origin of this expression. Her question: “What did people say before there was such a thing as rocket science?”

I don’t know, but I knew this worked best as a New Yorker-style cartoon.

My alternate caption was “I wish I were taller.”