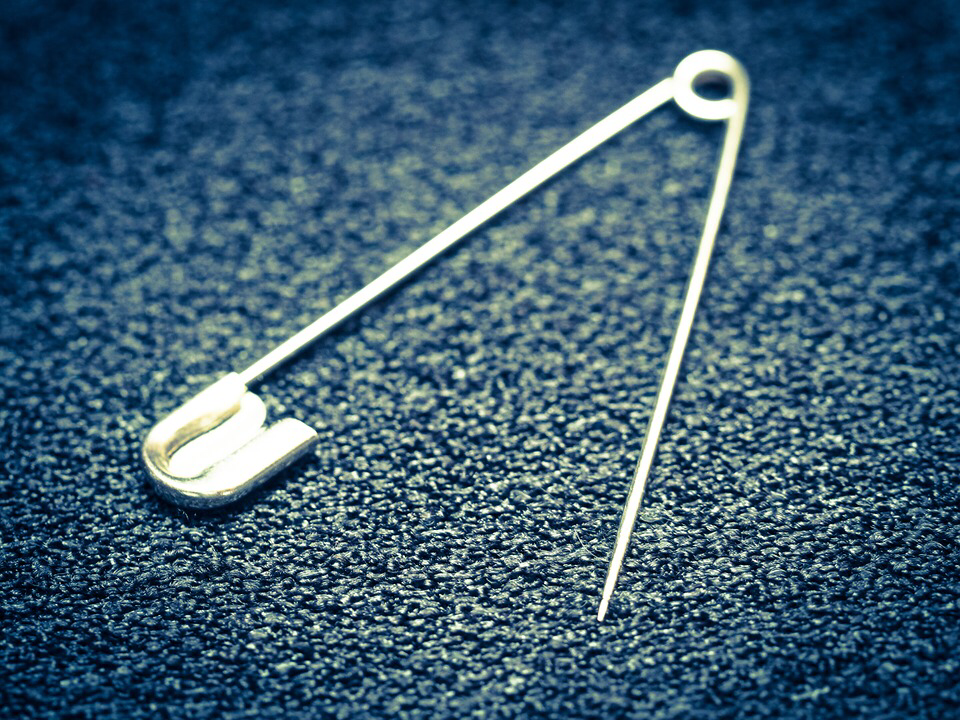 Seriously? This is a thing now? Wear a safety pin to show “you’re an ally?” So immigrants, people of color, LGBTQ people, and others who were targeted and persecuted and (further) marginalized by the Trump Campaign will know they’re “safe” with you?

Let me explain something, white people: We just fucked up. Bad. We elected a racist demagogue who has promised to do serious harm to almost every person who isn’t a straight white male, and whose rhetoric has already stirred up hate crimes nationwide. White people were 70% of the voters in the 2016 election, and we’re the only demographic Trump won. It doesn’t matter why. What matters is there’s a white nationalist moving into the Oval Office, and white people–only white people–put him there.

We don’t get to make ourselves feel better by putting on safety pins and self-designating ourselves as allies.

And make no mistake, that’s what the safety pins are for. Making White people feel better. They’ll do little or nothing to reassure the marginalized populations they are allegedly there to reassure; marginalized people know full well the long history of white people calling themselves allies while doing nothing to help, or even inflicting harm on, non-white Americans.

Remember the white guys in the 1770s who wrote all about freedom and equality and inalienable rights? Remember how they owned and sold slaves? Yeah, if that’s the spirit you want to evoke, go ahead and wear your safety pin. I’m sure lots of white people will smile when they see it. They might even congratulate you. But immigrants and people of color will recognize it as a symbol of your privilege.

Also, you know who is going to be out wearing safety pins like crazy? Trump voters.

If you really want to be an ally, and make a difference for the people harmed by Trump, there are plenty of ways to do that. In fact, here’s a link to a whole list of ways you can be a better ally to marginalized communities. Unfortunately, few of them will provide the kind of visibility or reassurance that you think your safety pin will.

I know, I know, you’re uncomfortable. You feel guilty. You think people are going to suspect you of being a racist, and you want some way to assuage that guilt and reassure your neighbors that you’re one of the good ones. But you know what? You don’t get to do that. You need to sit in your guilt right now. You need to feel bad. So do I, so do all of us. We fucked up. We didn’t do enough to change the minds of our fellow White people. We unfriended them instead of confronting them. We looked the other way or laughed uncomfortably when our aunts and cousins made racist comments. We were content then to be one of the good ones and now we want congratulations–but we fucked up, and now other people are going to pay the price.

Because guess what: Even if you aren’t a racist, you still benefit from racism. I’m a white guy with money. This isn’t going to hurt me much. Yes, I’m bisexual, and therefore subject to some of the threats against marginalized groups. But it’s highly unlikely I’m going to be told I’m not American, or picked up by ICE and held in detention until I’m deported, or beaten or executed by police who decide my mere existence presents a threat to their safety, or denied the right to make my own decisions about my own medical care. For the most part, I’ll go about my daily life the way I always have–and if I want to, I can put a safety pin on my shirt and congratulate myself for being so woke, for being one of the good ones. Meanwhile I’ll be benefitting, every minute of every day, from a system that is designed to favor me over people whose skin looks darker than mine.

If you really need some way to show your support, if you just can’t bear to sit in your discomfort for even a little bit longer, here’s my suggestion: Instead of doing the thing white people invented to make ourselves feel better, follow the example of the people from the marginalized communities you want to support.

I recommend carrying a big sign. You can make your own, it’s easy. On the sign you should write, in big bold letters, “BLACK LIVES MATTER.”

And hey, if you want you can use your safety pin to fix it to your shirt.