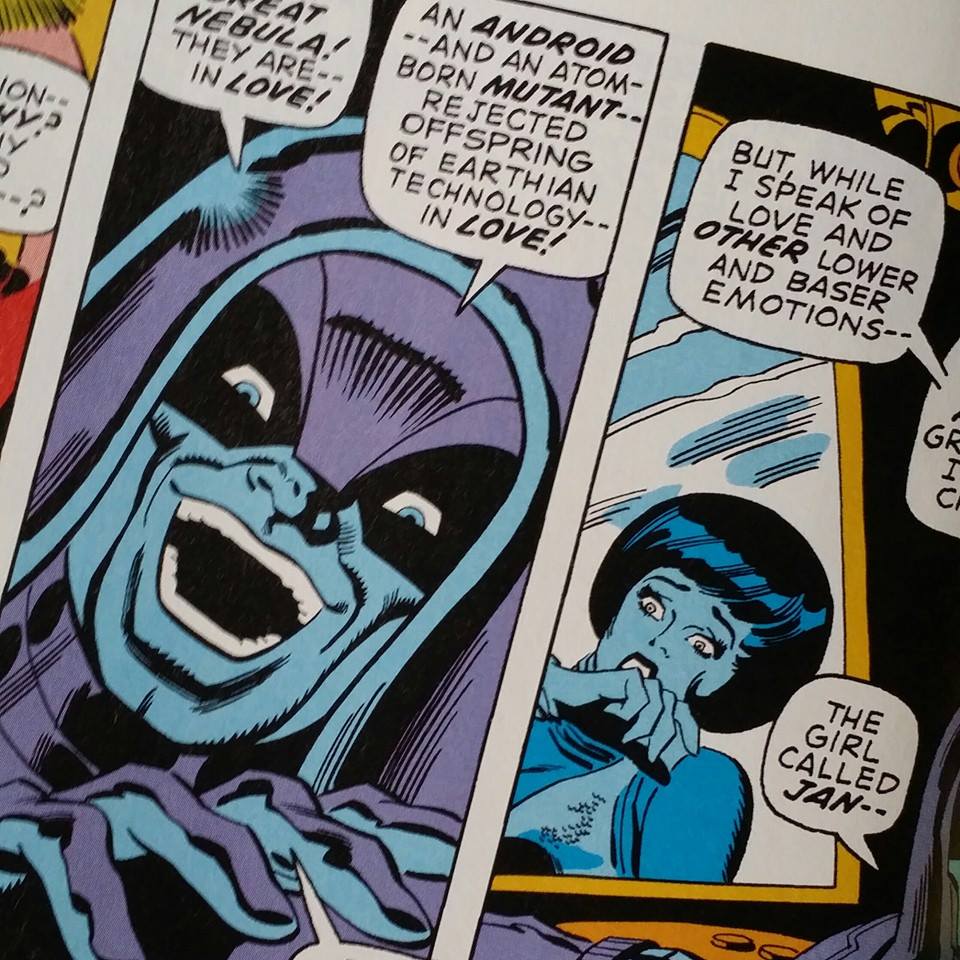 Yesterday I stopped by JHU Comics in Midtown and picked up some Silver Age comics from the 1970s (specifically, the Avengers Kree/Skrull War storyline) and I’m just enjoying the hell out of them. The dialogue and narration are so overblown and hackneyed, and yet full of energy and enthusiasm, and the art is incredible.

I started reading comics in the late 80s (I still remember the first comics I bought, from the X-Men Muir Island Saga) and the peak of my comics readership came in the mid-1990s. My concept of what comic art should be came from Jim Lee, but I was a huge fan of Joe Madureira, and later Mike Mignola and Chris Bachalo. I remember thinking how comparatively awful the art was in comics from the 70s and before–and now I’m realizing how wrong I was. Neil Adams is just phenomenal, and I find myself wishing constantly that I had his command of anatomy and proportion.

There’s also something to be said for Silver Age coloring. Modern comic coloring (done on computers) is an art unto itself

The inspiration behind my purchase? I’m a regular listener to the Nerdist Writer’s Panel podcast, and my favorite episodes are when Len Wein appears to talk about his incredible career in comics. I’m pretty sure my next acquisition will be a collection of Wein’s early work on Swamp Thing.

Chris is an author, artist, and nonprofit fundraiser. His work has appeared in The Nib, GOOD, the Huffington Post, Salon, and MTV news. Chris lives in New York City.
Previous Story
Why the Twitter-Block People Want is Impossible
Next Story
More Silver Age Marvel (AKA Iron Man’s Rocket Skates)