Drawing on the Surface Pro [Project 1: The Great Goblin]

There was a Surface Pro under the Christmas tree for me this year. I included it on my list after a number of artists praised its virtue as a drawing tablet. Unlike iPads and most other tablets, the Surface Pro is pressure sensitive, which allows an artist to vary the width of a line naturally, and makes it comparable to drawing on a smaller, more portable version of the Wacom Cintiq. [Note: this is true only of the Pro and Pro 2, not the Surface RT or Surface 2]. I went with the original Surface Pro because I regard it primarily, if not solely, as a drawing device, and there was no real benefit in paying the extra money for the Pro 2.

I’ve played around with drawing on the Surface a lot in the past couple of days, and I’m happy with the results so far. I use Sketchbook Pro software, which is what I’ve generally seen recommended. I’ve never spent any real time drawing digitally, so there was a bit of a learning curve, but after a couple of days I’m starting to feel competent.

I’ve also recently fallen back in love with the 1970s animated version of The Hobbit from Rankin and Bass, and so I went with the Great Goblin as one of my first projects.

We had a pumpkin decorating contest at work for Halloween. This was my team’s contribution, which happened to emerge victorious: 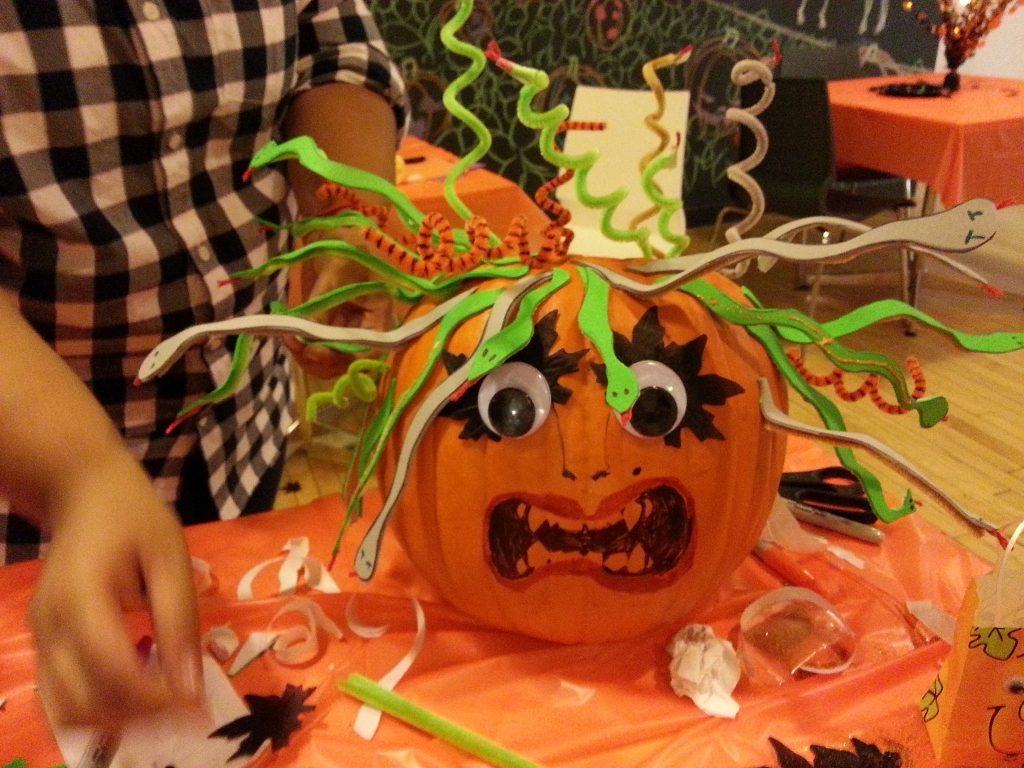 A group of us also took it on ourselves to “Halloween-ify” the hand-drawn chalk cityscape in our office, which was a blast. No less than ten people contributed with their own little touches–bats, fog, a creepy moon, hands reaching out of graves, and so on. I can’t show you the whole thing, but below are a few select details: 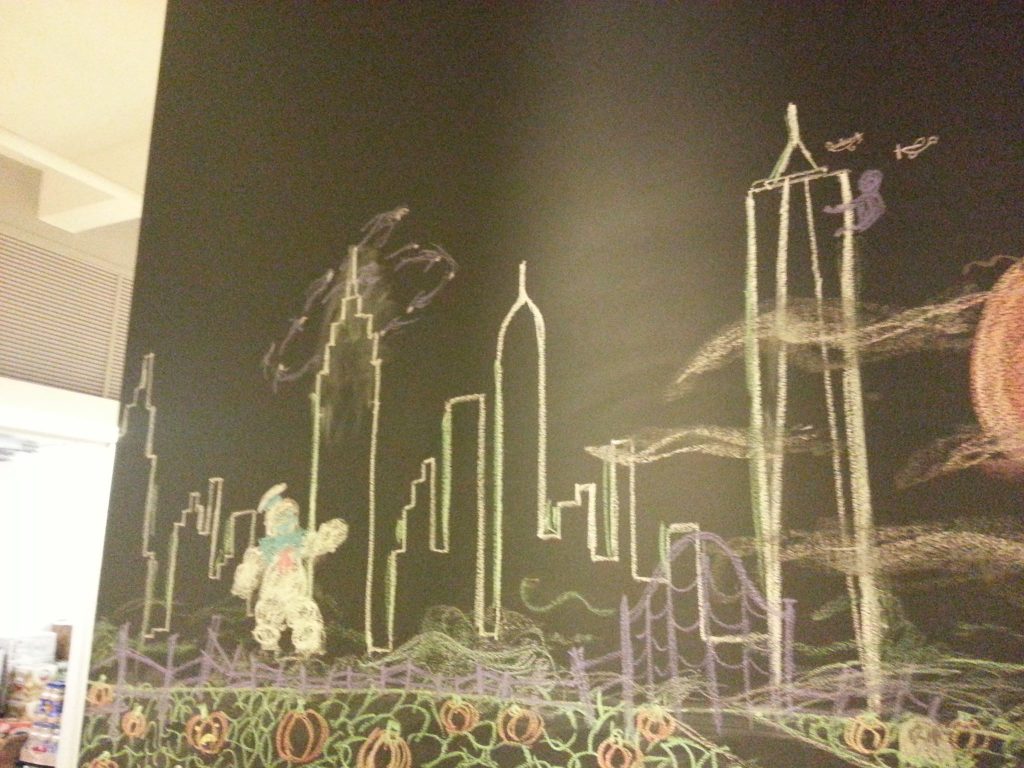 Those are Dementors circling the Empire State Building, by the way. I don’t know why I drew King Kong climbing the Freedom Tower, but maybe it’s because he hasn’t perfected the Patronus Charm yet. 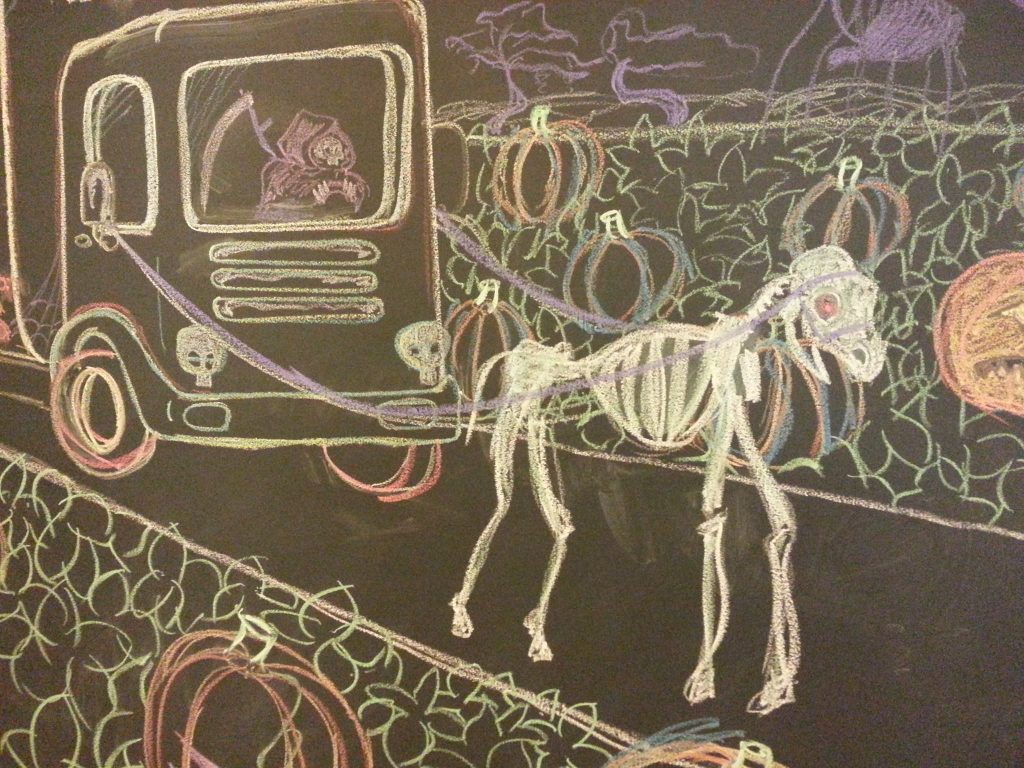 I also drew the skeletal horse, which I am very proud of–even though it doesn’t look so much like a horse skeleton.

Breaking Bad outside the US

I finally got around to watching Breaking Bad (I know, late to the party) and like most people I’ve been taking it in four-to-six-episode doses.

One thing that really interests me about the show is how it juxtaposes two of America’s most catastrophic policy failures: The for-profit health care industry and the failed War on Drugs, which has created a black market that makes the manufacture and sale of illegal drugs incredibly profitable.

I got to thinking how uniquely American the show is, and that led to this comic strip.

The Hawkeye Initiative responds to the rampant sexism in comics by producing images of Hawkeye (AKA Clint Barton) in poses identical to those artists choose for female heroes. I did this one based on an image of Rogue that I found via Google search, only to learn that I cannot submit it to the Initiative because I can’t identify the artist or the original publication. I’m not even sure whether it’s fan art or if it appeared in the pages of a comic. That’s also why I’ve linked to the original image instead of hosting it here.

The main, original idea behind the Hawkeye Initiative was to show how the poses and costumes artists choose for females are sexist and ludicrous. John Scalzi, Alyssa Rosenberg, and a few others have raised concern that the audience may be missing the point and instead indulging in a transphobic laugh at the man in the dress. I chose not to put Clint in Rogue’s actual uniform (which, for the record, is no more or less revealing than the modified version of his own that I did use) because for me it’s not about the specifics of the pose or the costume, so much as it is about how sexualized female characters are, compared to the males. That’s also why I altered his physique to make it more masculine, and made sure his uniform gave proper emphasis to his secondary sex characteristics.

I’ve never thought there was anything particularly wrong with sexually objectifying people on occasion–as long as the objectification is equal. Heterosexual males are frequently eager to sexualize women, but enormously uncomfortable with being sexualized themselves. I strongly doubt that the core audience for comics would buy up any title that regularly sexualized male heroes.

Of course, I could be wrong. One of my lady friends, who happens to be a major comics fan, has told me she thinks there’s a big female audience who would buy the shit out of superhero stories with some boy-on-boy action. As far as I know, no major publisher has sought to test that theory.

I’d like to see more contributions to the Initiative that don’t just mimic a pose and a uniform, but actually seek to sexualize Hawkeye the way the parodied artist sought to sexualize the heroine in question; to tailor the male figure as precisely for the female gaze as the original artist did for the male gaze. I think there’s more to this than just “those costumes and poses are silly.” 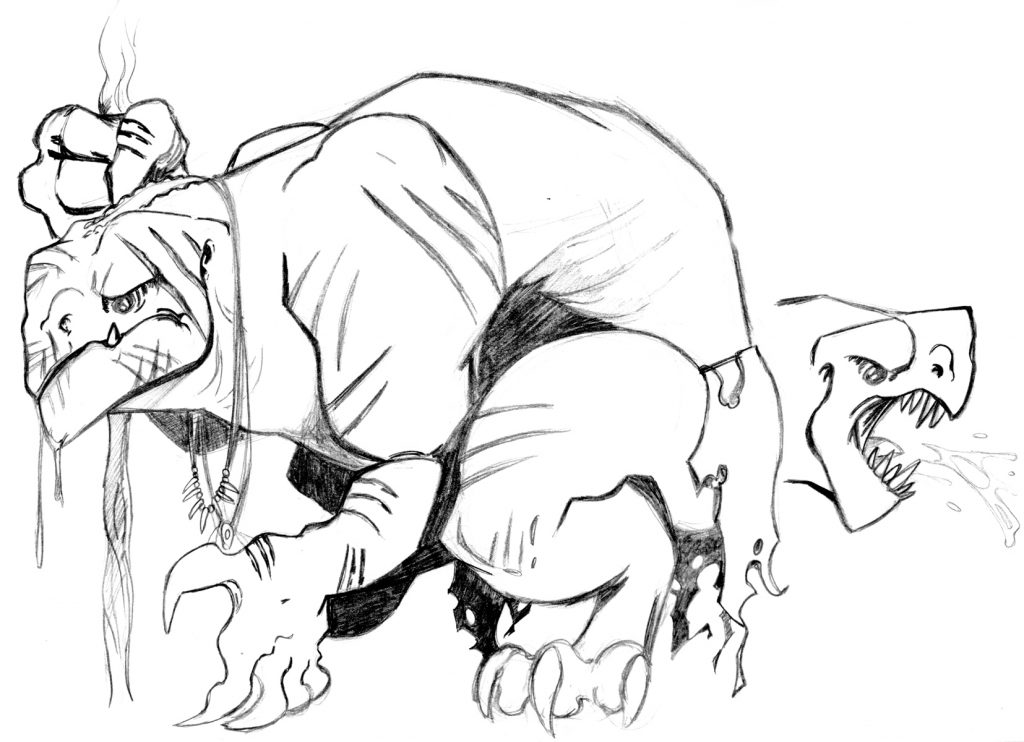 As is often the case, this is relevant to a piece of writing that may someday be published.