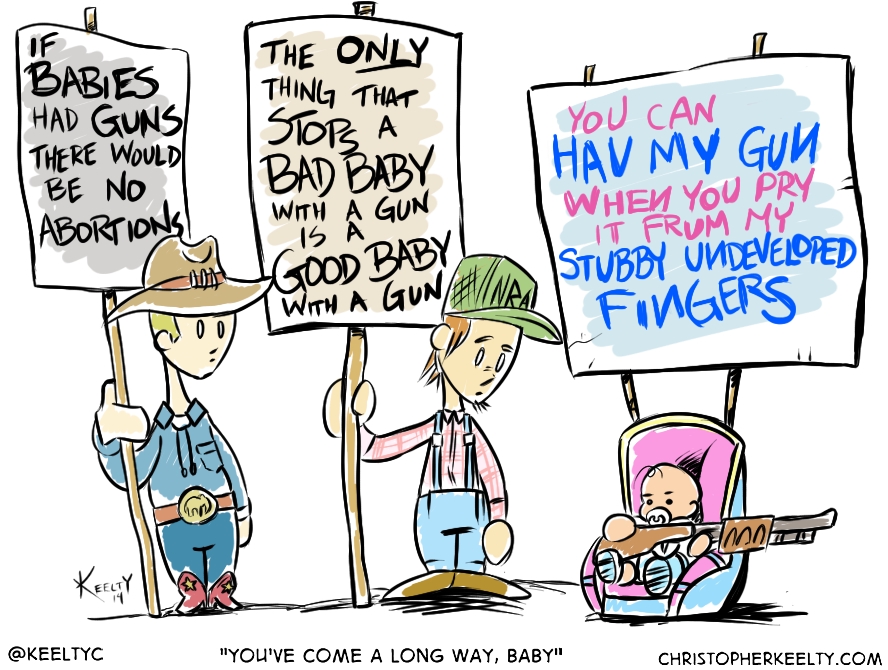 On Friday, Texas Republican Congressman Steve Stockman tweeted the latest slogan in his reelection campaign: “If Babies Had Guns, They Wouldn’t Be Aborted.” Yes, really. Maybe he was inspired by recent headlines from Pakistan?

I’m sure the unborn are excited to discover their newest opportunity to serve as political rhetoric. Almost as excited as they must be about Steve Stockman’s obviously viable new “pro-life” strategy.

Next Story
Game of Thrones: Further Thoughts on “That Scene”