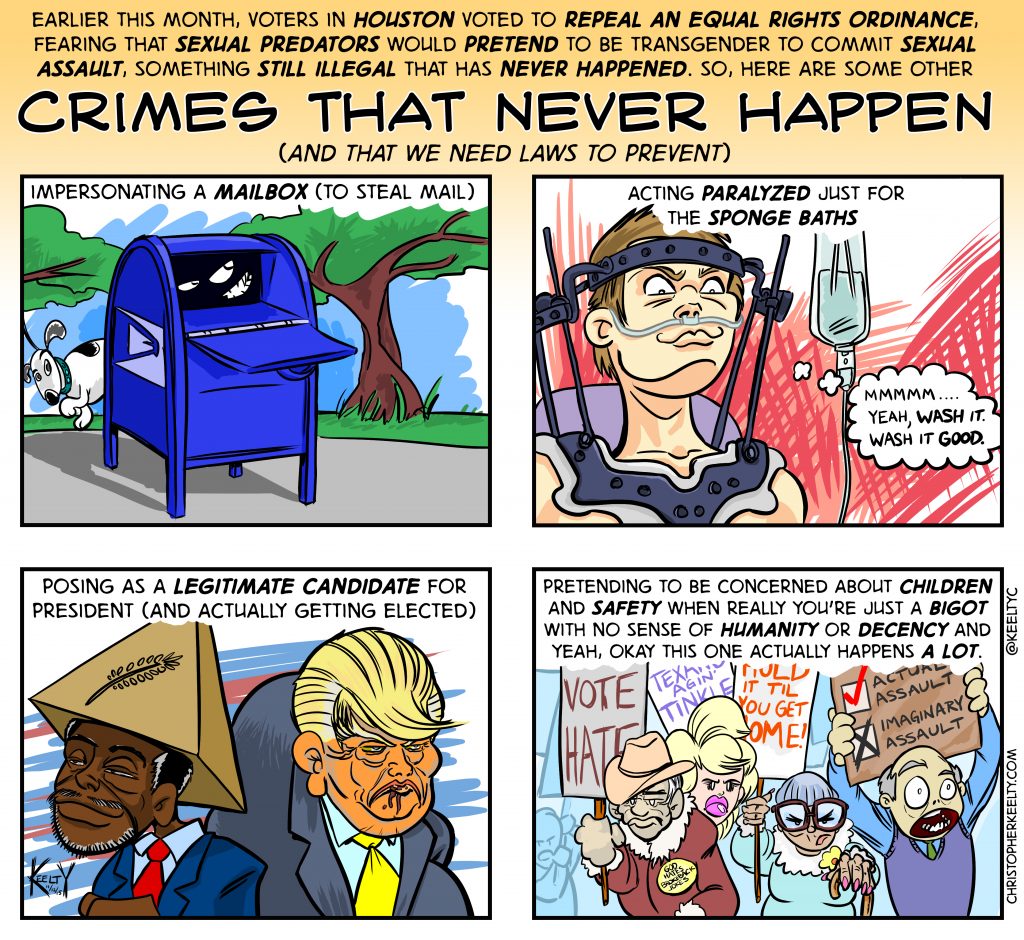 Perhaps the very worst thing about the repeal of the Houston Equal Rights Ordinance is that voters feared imaginary sexual assault so much that they voted in favor of actual sexual assault. There’s basically no documented history of straight men pretending to be transgender so they can access womens’ bathrooms. There is, however, a long and savage history of sexual abuse of transgender people just for being transgender–and for using the restroom to which their chromosomal gender would assign them.

There are people I respect who believe this vote really was about restrooms, and a visceral response to a perceived loss of privacy. Clearly I am not one of those people.