The new Flaming Lips album Embryonic, is streaming in its entirety over on Colbert Nation.  I’ve been listening to it all day at work.  This is a good day.

I’m currently “reading” Neil Stephenson’s The Diamond Age.  I use the quotes because I am experiencing the novel on audiobook, as I do most of the novels I read.  I walk half an hour each direction to and from work every day and usually walk for forty-five minutes on my lunch break, and it’s damned difficult (not to mention unsafe) to thumb a paperback while walking the busy streets of Center City Philadelphia.  But it’s annoying to say “I’m listening to a book” and get odd looks from people, so I say “reading.”  Anyway, I digress.

In this morning’s passage there was a line where one of the main characters, John Percival Hackworth, experiences relief “like a puff of opium smoke.”  Or something very much like that – forgive me, it’s hard to look up quotes on an iPod.  It called to my attention a little-discussed writing technique.

END_OF_DOCUMENT_TOKEN_TO_BE_REPLACED

How not to write query letters

More than 20 literary agents have been sent queries for Volve this week, the first time in the book’s long life that I’ve made this kind of effort toward publication.  I finished the third rewrite a couple of weeks ago, and I have a good feeling about this version.  The rewrite tightened up the narrative considerably, and re framed the opening chapters to engage the reader faster, introduce the main characters and their conflicts, and get the plot moving.

One thing I discovered during this query process is that I prefer paper query letters.  If  you mess something up, you can open the envelope and fix it.  Nothing is final until the package is in the mail.  E-mail queries are final as soon as you click “send,” and that can sometimes lead to trouble.

Just for fun, let’s look at some of the screw-ups I made in my e-mail queries.  Sigh.

END_OF_DOCUMENT_TOKEN_TO_BE_REPLACED 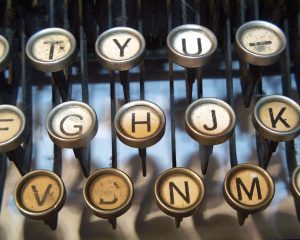 END_OF_DOCUMENT_TOKEN_TO_BE_REPLACED

More great stuff from Eric at Pimp My Novel.  Many of us aspiring writers read book after book about the process of getting that first book published, but few of us know anything about the business of selling those books, which is obviously secondary but no less relevant to our interests.  For instance:

Lots of people don’t realize it, but writers make their money from publisher sales to book stores, not from book store sales to readers.  This sounds great to a lot of us writers, until we see the difference our return and sell-through rates make in getting more books published.

Pimp My Novel is fast becoming one of my favorite blogs.  I really recommend you go poke around there.

Eric at Pimp my Novel today posted this handy guide to the birth of a first novel.  The whole post is well worth reading but here’s a little taste:

2. Six months later… congratulations again! Between your critique group, your trusted first-readers, and your biggest editor/critic (i.e. you, at least at this point), you’ve polished your novel to a high lustre. Such a high lustre, fact, that you’ve begun using British spelling and grammar without even realising it. Ace! (Apparently you are also stuck in the 1980s.)

Have you written a truly smashing query letter yet? You have? Ace again. All mod cons, as they say. (British slang, incidentally, is weird.) Anyway—time to start querying Nathan, Janet, Kristin, Jessica, and all the rest. Cast a wide net, and remember: no exclusives!

3. Three months later… you’re still querying? Of course you are, unless you’re luckier than Malachi Constant. What, did you think this was going to be easy? Keep at it.

4. Three months after that… Hooray! After several form rejections, a few polite refusals on partials, and one or two fulls, you’ve gotten an offer of representation. (To make this as simple a scenario as possible, let’s say this is one of your dream agents and you accept the offer immediately.) Don’t start the party just yet, though. Now you’ve got real work to do.

via Pimp My Novel: What You Can Do: Twelve Easy Steps.

I finished the first full draft of Volve in about 2001.  I have been going back and forth between steps 2 and 3 since then.  It’s been through three rewrites and three separate phases of queries.  I’ve received three requests for partials and one request for a full, which was then followed by a rejection with a request to revise and resubmit.  Unfortunately in the two years it took me to revise the publisher went through a major upheaval and the editor who liked my book left.

I’m still on the path, though.  As of now I have a polished query letter and a long-form synopsis, as well as a rewritten manuscript that should be in final, fully-polished form sometime late this month or early next.  By then I’ll also have a polished one-page synopsis and we’ll go back to the querying process.

Maybe this time I can proceed on to step four.