We’re Off to Deceive the Wizard! 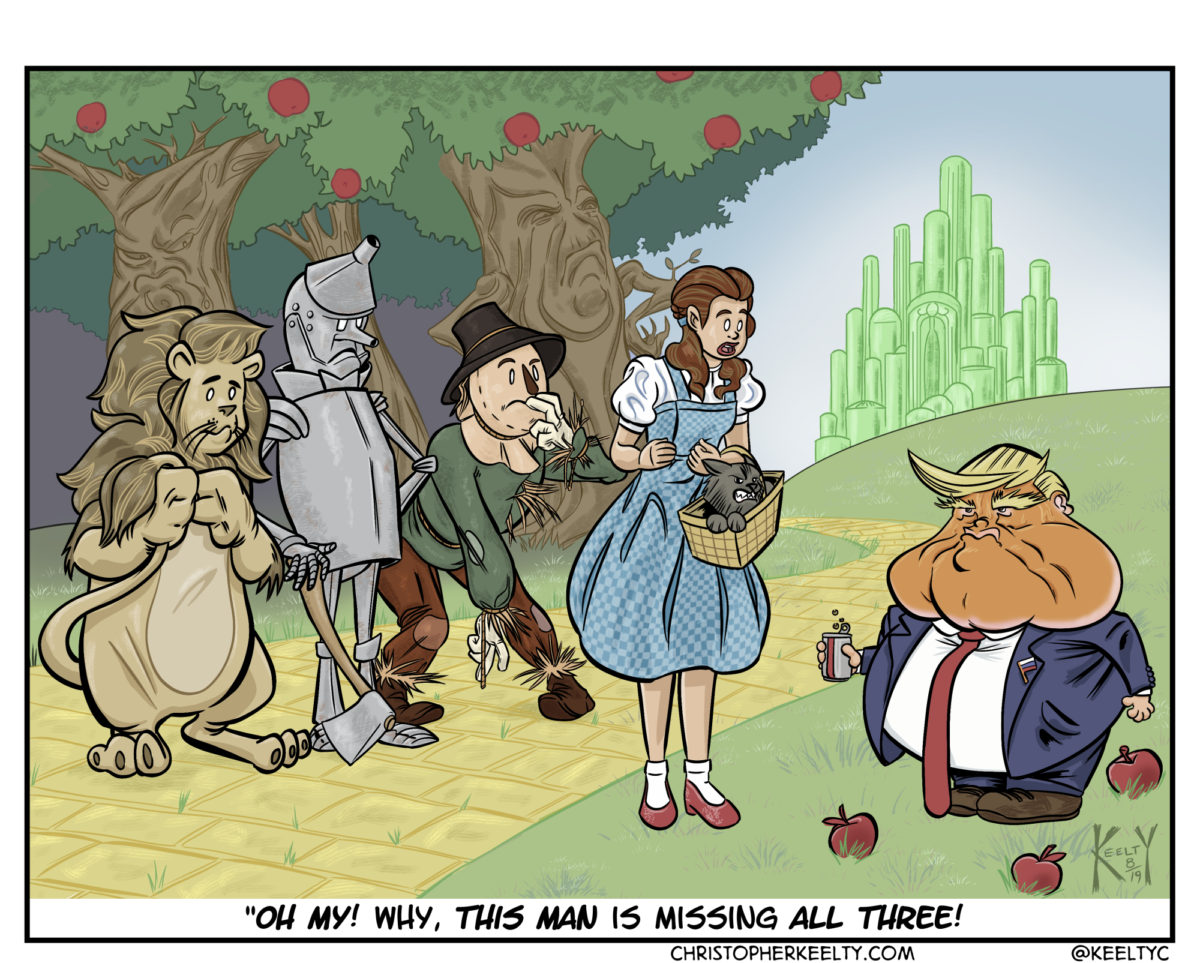 My mother has always been a massive fan of The Wizard of Oz, and while I was home a couple of weeks ago asked me why I’d never done a cartoon mashing that with Donald Trump. I then got to brainstorm ideas with my parents, which resulted in this cartoon.

I’ve been trying to challenge myself artistically, and experiment with some approaches–line widths and colors, for instance–so I tried to make this one a bit more ornate than in the past. There are some bits I really like, and some bits I’m less happy about, but overall I thought this came out well.

Next Story
Comic: You Can’t Spell Liberate without Berate

One Response to :
We’re Off to Deceive the Wizard!