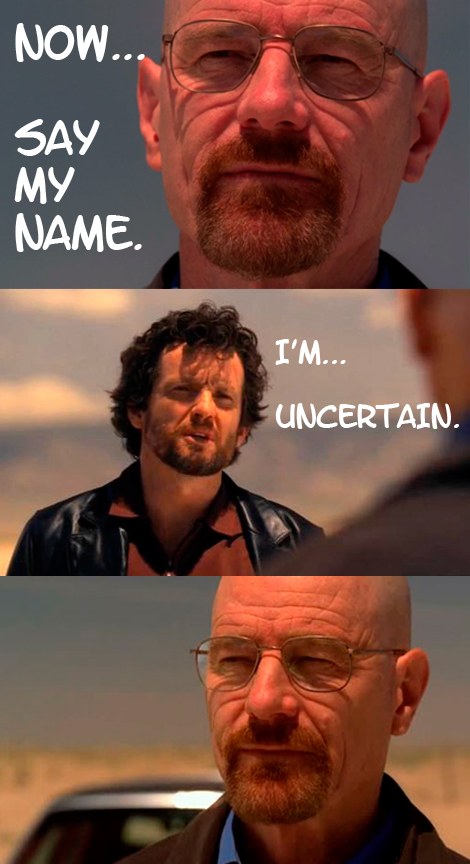 Saturday night was my first Lit Crawl NYC. I had a great time with the folks from the Center for Fiction and Hyphen Magazine, and I spent most of the night with a dear friend and fellow writer who had shared good news.

The highlight of the night, though, was definitely the small black pouch I found at Three of Cups in the East Village. We were in the basement bar, a classic New York setting lit barely bright enough to see your drink, and the pouch was half-tucked between the cushions of of a sofa. I looked inside to see whether there was an ID, and instead found a baggie of weed and a dozen or so small glass vials of white powder.

I put that pouch right back where I found it. END_OF_DOCUMENT_TOKEN_TO_BE_REPLACED

I became a little bit famous this week with a Breaking Bad cartoon that went viral. It’s a very strange feeling, and I’m very grateful. I also learned a few things I thought I’d share.

If Breaking Bad were made in Canada: http://www.eatliver.com/i.php?n=9956

In case you’d like to debate about yesterday’s cartoon

(Cross-posted with my Tumblr)

So yesterday, between binge watching Breaking Bad on Netflix, I had an idea for what I considered a clever little cartoon. I spent a couple hours drawing and coloring, and then uploaded it to share with my modest little base of readers.

I must have struck a nerve, because today it took off on Twitter like nothing I’ve ever done. This is surprising, overwhelming, flattering, and exciting. As an aspiring author it’s important to get my name and my web site “out there,” and while I assure you that was not my intention (any more than it ever is when I put something on Twitter) I’m very grateful to all of you who felt my little cartoon was good enough to share. Thank you.

Meanwhile, tweets are arriving in my feed that want to debate me on the cartoon, most of them reciting the same old tired fallacies about socialized single-payer health care, especially the trope that people in Europe and Canada have to wait so long for care that they invariably die before receiving it. Mind you, every person telling me this is American—not one of them lives in a country where they’d have actual first-hand knowledge of this.

So with the disclaimer that I really just wanted to draw a clever little comic strip that called attention to a particular political interpretation of a show I’m enjoying, and those five panels were intended neither as a damning indictment of the American for-profit health care system nor an airtight case for single-payer socialized health insurance, I will indulge those who are looking for something more substantive. END_OF_DOCUMENT_TOKEN_TO_BE_REPLACED

Breaking Bad outside the US

I finally got around to watching Breaking Bad (I know, late to the party) and like most people I’ve been taking it in four-to-six-episode doses.

One thing that really interests me about the show is how it juxtaposes two of America’s most catastrophic policy failures: The for-profit health care industry and the failed War on Drugs, which has created a black market that makes the manufacture and sale of illegal drugs incredibly profitable.

I got to thinking how uniquely American the show is, and that led to this comic strip.