Liz and I generally take Halloween way too seriously, but we’ve been absurdly busy this year and wanted to keep things simple. This was me the weekend before Halloween, at a friend’s party outside Philadelphia. Note the ghostly girlfriend in the background with her perfect teeth: 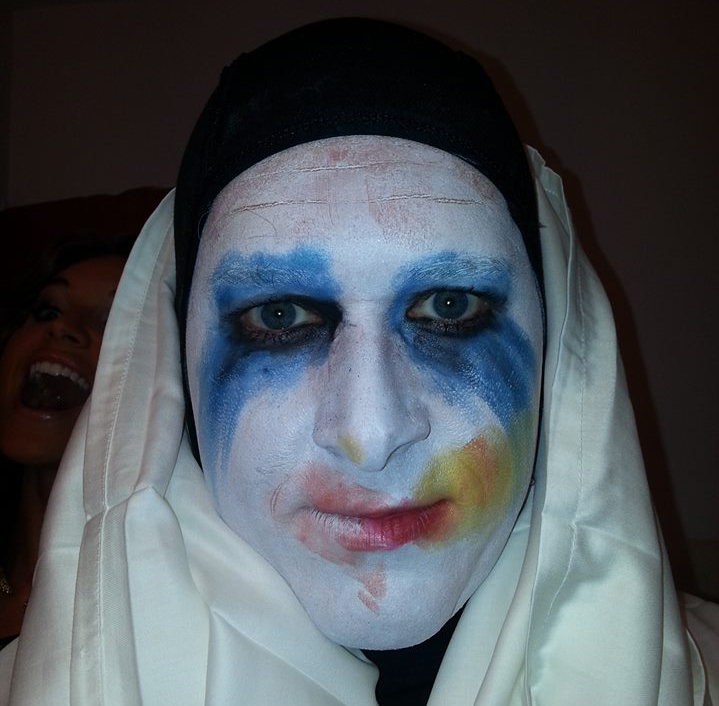 In the end I didn’t love my Applause costume, so when real Halloween came around and we were heading to the West Village I gave it a little thought and realized I could put together a pretty decent Saul Goodman costume. My only investment were the gaudy mismatched tie and pocket square. 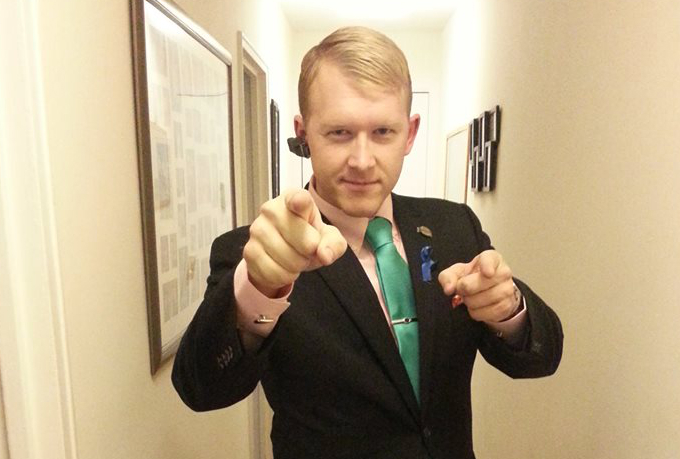 My first West Village Halloween was pretty great, actually. Sure, you can’t get close enough to the parade to see it, but with everyone in the neighborhood decked out in crazy costumes, the whole area is a parade. We spent most of the night at the Slaughtered Lamb, either inside or in the street just outside which wasn’t ludicrously crowded. As usual, some of my friends went as “mostly naked.” 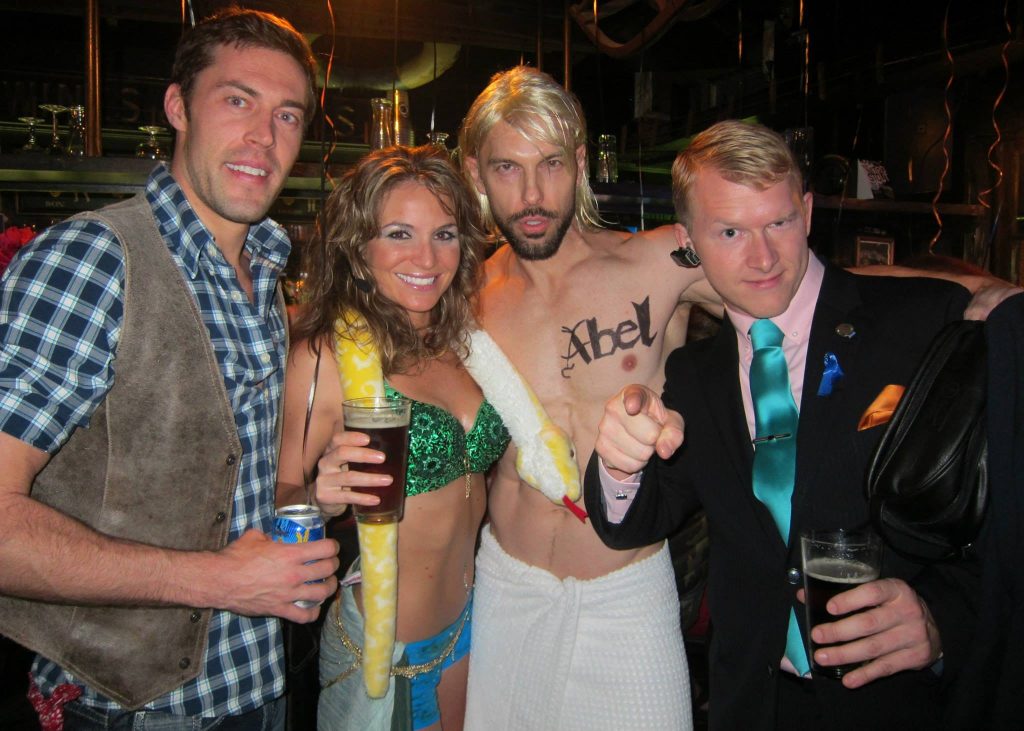 …and that was Halloween 2013. Next year we hope go go back to something a little more over-the-top. We’ve already booked a room at the Sheraton in Philadelphia for Henri David Ball, but we haven’t decided for sure whether we’ll do that or stick around the Village again.