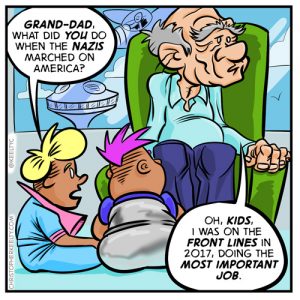 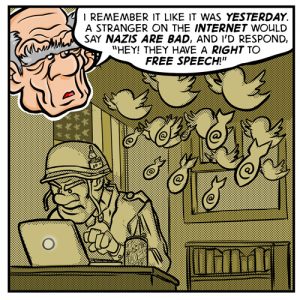 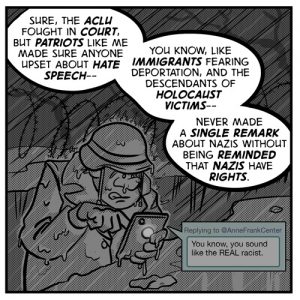 (Click panels to embiggen. Get the comic in a single image here. Click here for more comics.)

I am, as has been stated many, many times elsewhere, personally a hard-liner on the First Amendment. Nazis do, unfortunately, have the same right to speech and assembly as everyone else, and that is as it should be. It is, as the saying goes, the high price of freedom — because any effort to legally stifle hate speech will inevitably be exploited to harm the people it seeks to protect.

However, there is a time and a place to argue for free speech. If you are the ACLU, maybe that time is “always.” If, however, you are a decent human being seeking to engage with other human beings on the Internet, the time to argue for free speech may not be the immediate aftermath of a Nazi rally that killed three people. Sometimes it’s good to say “Yeah, Nazis are bad.”

You may not sound like the greatest intellectual in the room, but you will also avoid sounding like a complete asshole. 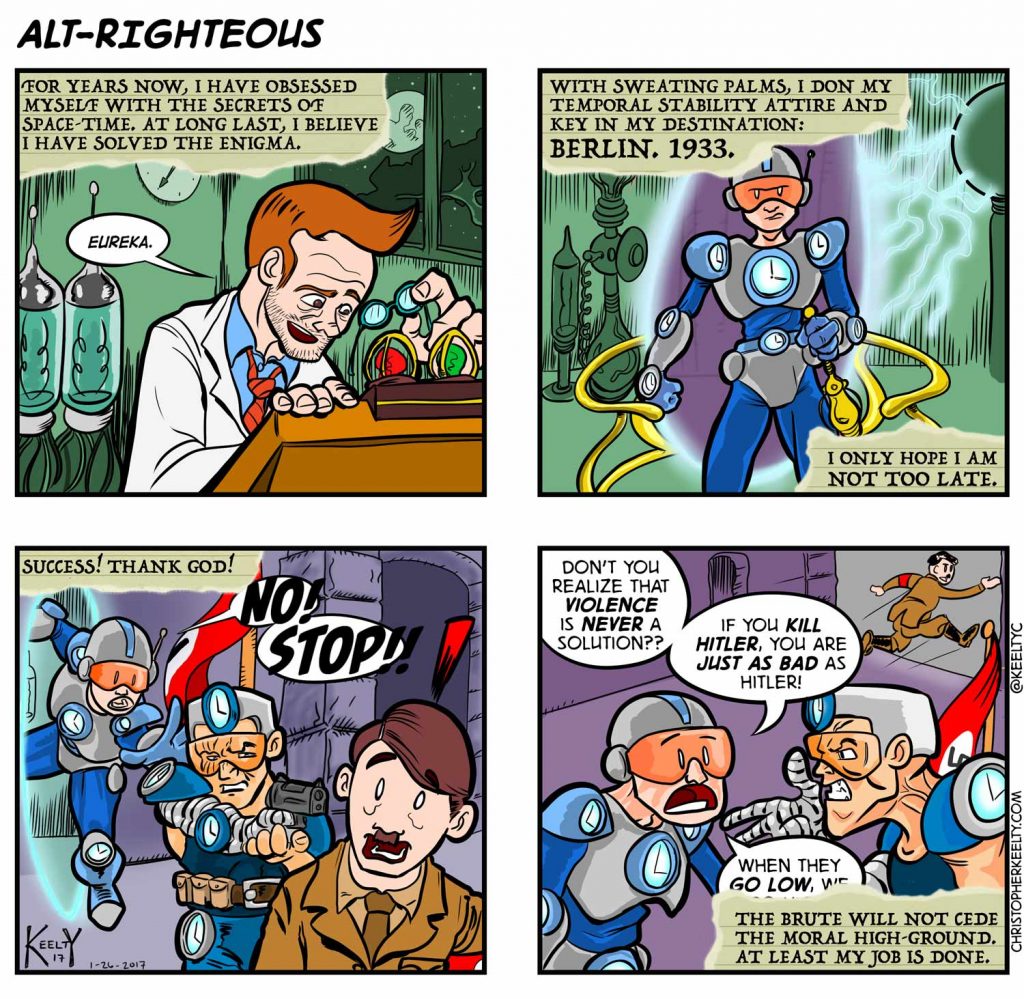 As a reminder, I now have a Patreon! If you like my work and want to support it, a pledge as low as one dollar a month will get you early looks at some of my work, and Patron-only extras!