Rolling Stone has published their list of the “50 Best Sci-Fi Movies of the 1970’s,” and it’s an enjoyable read, even if (as a friend,  novelist Gene Pozniak observed) their top five does seem intentionally obtuse. Outraged debate generates more clicks than consensus does, I suppose.

Personally, I can’t argue too much with Alien taking the top spot. The collaboration between Dan O’Bannon’s expert storytelling, H.R. Geiger’s super-disturbing visual design, and a pre-masturbatory Ridley Scott* is about as close to perfect as special effects in the 1970’s would allow. It spawned a formula that would be followed by almost every rubber monster movie for the next two decades. Okay, maybe Jaws did that–but Alien was nearly as influential.

No, my complaint with Rolling Stone’s list is how many movies aren’t even science fiction–including the movie most people are infuriated to see in the #5 spot, Star Wars (A New Hope, to the true geeks among us). END_OF_DOCUMENT_TOKEN_TO_BE_REPLACED 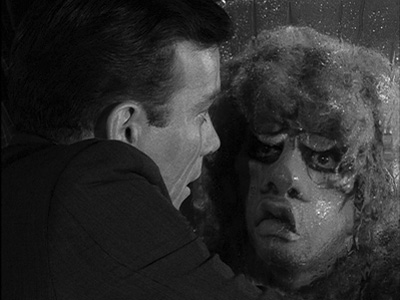 Richard Matheson is to genre fiction what the Beatles are to music: Every artist working today is influenced by him, even if they don’t realize it. Matheson wrote a bunch of Twilight Zone episodes, including arguably the most famous episode, Nightmare at 20,000 Feet, wrote the novel on which I Am Legend and The Omega Man are both based, and wrote a slew of other stories that have been adapted many times and in many different forms.

Matheson’s Born of Man and Woman, his first published short story (when he was 24 years old), remains one of my favorites. I can’t remember how old I was the first time I wrote it, but he’s one of those authors whose work I’ve enjoyed for as long as I can remember.

He died today, aged 87, and leaves behind a family of writers.

The power of fiction to shape culture 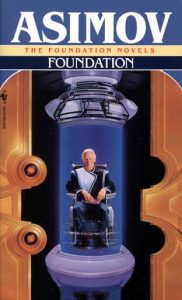 Over at ThinkProgress, Alyssa Rosenberg reflects on Paul Krugman’s confession that Isaac Asimov’s Foundation set him on the path toward economics.

“Fiction is about defining the outer limits of possibility: you show a kid a world where economists can shape the fate of humanity, and he’ll embrace realistic possibilities for social science he might never have been attracted to in the first place.”

As someone who’s become more and more of a policy wonk, the thing that continues to pull me back toward fiction (aside from entertainment value) is its immense power to make statements about issues, society, and culture – much greater, I think, than non-fiction. Non-fiction is always somewhat bound by its real-life subject. It’s about something that happened, in a certain place and to certain people. Fiction, by drawing and integrating bits and pieces from the collective conscious, can say much more – though one must, of course, avoid the urge to treat fiction as straw-man puppet theater [See: Raynd, Ayn].

For those unfamiliar with the book, Foundation is a bit unconventional in that it follows the multi-century recorded legacy of Hari Seldon, a “psychohistorian” who can predict social history with astonishing accuracy, and leaves his instructions for future humanity in an enormous space-vault that opens every couple of generations. If this sounds a bit familiar, it’s because popular urban legend attributes this feat of wisdom to Walt Disney.

“I read Foundation back when I was in high school, when I was a teenager, and thought about the psychohistorians, who save galactic civilization through their understanding of the laws of society, and said “I want to be one of those guys.” And economics was as close as I could get.”

What strikes me, in light of the novel I’m writing now, is that Krugman essentially wanted to be a super-hero. He just found a viable path, while the other kids were pretending to be the Human Torch. This makes Rosenberg’s assertion about “embracing realistic possibilities for social science” even more interesting.