Irony, in the Alannis Morissette sense of the term, is when you write an essay using the word “ally” for simplicity’s sake, even though you hate the term, and that essay goes viral and becomes probably the most-read thing you’ve ever written.

A little too ironic, don’tcha think?

So I want to take a moment to explain why I dislike the term “ally,” and generally try not to use it. I’m adapting this from a response I emailed last July to Our National Conversation about Conversations About Race, a podcast that I absolutely love and to which I give my strongest possible recommendation?—?so if this sounds familiar, maybe you heard it there.

In my own life, I have encountered the term “ally” primarily as a member of the LGBTQ community. I’ve many times had straight people tell me they’re “allies,” and it’s always rubbed me the wrong way.

I think it’s that it’s because a person identifying as an “ally” immediately makes the discussion about themselves an their identity, and perhaps their membership and identification with the group.

When someone says “how can I help?” that’s great, but saying “I’m an ally, how can I help” tells me that your real goal is for me to validate you and include you in what you see as “my club.” If you see a car broken down on the side of the road, or a person who maybe needs CPR, you don’t say “I’m an ally,” you just ask if they need help.

I think what troubles me more is this: Inclusion and respect and equality are morals we should expect of everyone. They should come standard on all humans, and standing up for them should not constitute an identity. Recognizing and opposing discrimination and privilege shouldn’t earn anyone a gold star, they should just be expected.

There’s no word to identify oneself as opposed to murder?—?we just label the murderers. The same ought to be true of the racists, the homophobes, the bigots, and so on. A person who stands up for what’s right isn’t an “ally,” they’re just a decent person. I guess if someone wants to identify as extra-involved in the effort, they can use “activist.” But even that feels easy?—?I’d rather see a person demonstrate their activism than tell me they self-identify as such.

I recognize that, in the wake of Trump’s election and the ensuing rash of hate crimes, it’s clear that opposition to bigotry does not come standard, and there is value in announcing oneself as tolerant and respectful. The word still rubs me wrong, because it normalizes bigotry, and even if bigotry is terribly, frighteningly common, I still don’t want to see it normalized.

As a culture Americans are programmed to worship equality and justice and freedom, and we should all feel harmed and offended by violations of those values. Yes, our entire history is one of utter hypocrisy, and we have *never* since our inception been equal or just or free?—?but that doesn’t change the way we’re programmed, and it doesn’t mean we can’t aspire to make those values a reality, even if the men who wrote them were full of shit.

I’m not an ally, I’m a white dude who’s disgusted by racism and inequality, and I don’t want to live in a society that is systematically biased against other people, or where my tax dollars are used to oppress and harm my neighbors.

Like many white kids, I spent my formative years totally buying into the “Shining City on the Hill” mythology, before my eyes were opened by some very patient black activists who took the time to bring me around. Ultimately, what I’m really after is turning that mythology into reality.

I want to live in that make-believe America I heard about when I was ten. That’s a fairly selfish goal, but it seems like one a lot of white Americans would share, if they would wake up to the reality of our society instead of choosing to blindly believe the myth.

I have the feeling Trump’s election did wake a lot of people, which might be a sort of silver lining. But personally, I’d encourage people not to label themselves “allies.” Just, you know, be staunchly against murder. 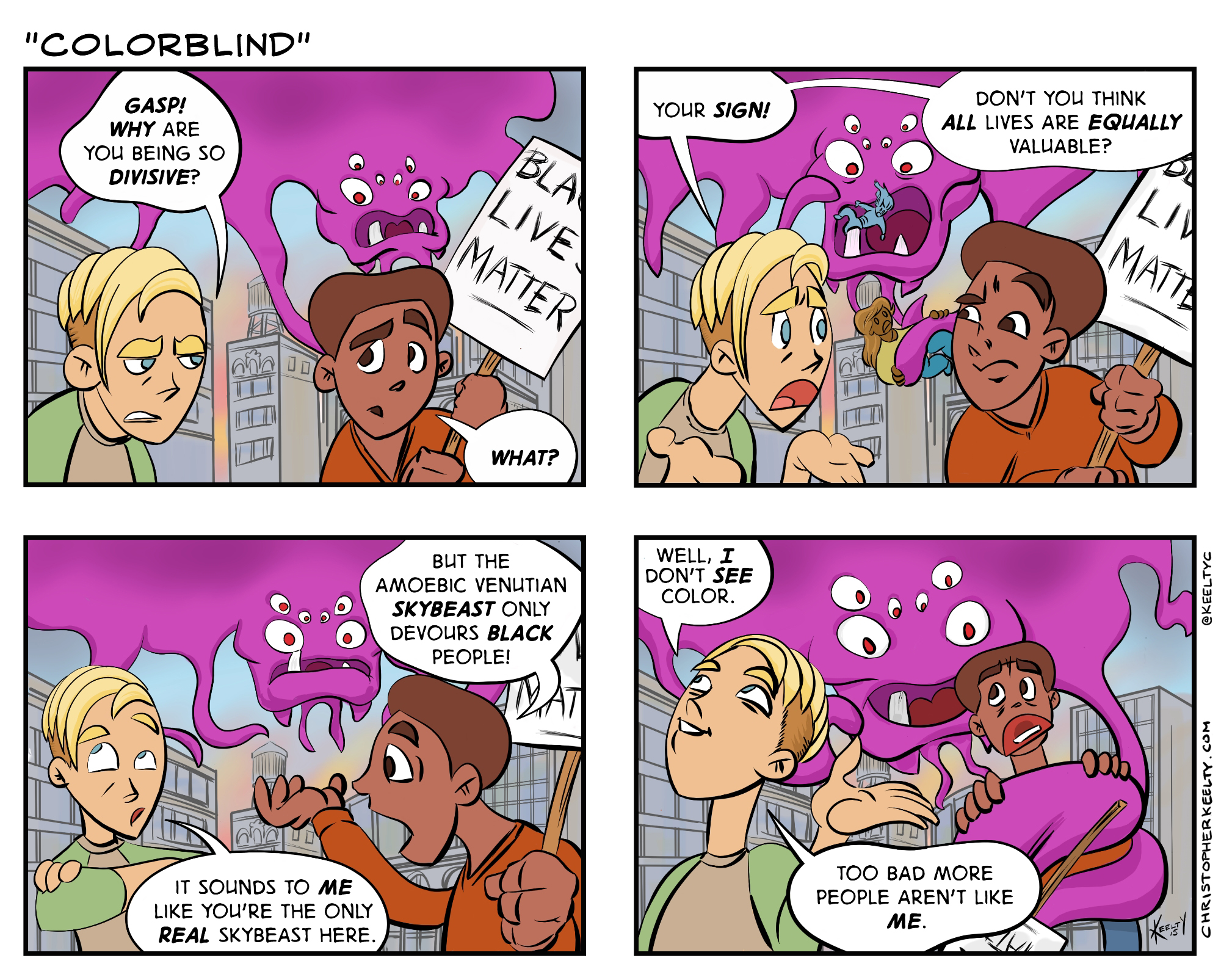